The Uruguayan frontman is impressing in English football, but he admits that adjusting to the demands of life at Old Trafford has been tough

Edinson Cavani admits to having found it “difficult” to settle at Manchester United on the back of his arrival in October 2020, but the Uruguayan has found his feet and now has sights set on major silverware.

The 33-year-old striker is vastly experienced, having represented the likes of Napoli and Paris Saint-Germain in the past, but he is a Premier League rookie after opting to take on a new challenge in England.

United plucked him out of the free agent pool as interest was building, with Ole Gunnar Solskjaer prepared to take a calculated gamble on a proven frontman that is starting to justify the faith shown in him.

“I always think that settling in and adapting to a different place, a new culture, different customs, is always difficult,” Cavani has told United Review.

“Change is always difficult, as is settling in somewhere new. Even though you try to throw yourself totally into it and to settle in quickly, right now there’s a lot of stuff going on around us that is making that process a little bit tougher than usual. But, of course, you have your family life at home away from the game, it’s never just football alone.”

Cavani has added on his ambition, with an FA Cup fifth-round clash with West Ham next on the Red Devils’ agenda: “I haven’t had chance to read or study about this trophy with any great depth, but I believe that every cup or piece of silverware is always very important. I’ve always felt that way and that has always been my philosophy in life.

“For me, football is all about never-ending, continuous competition. Every game, whatever the stature of the trophy at stake, has a different impact amongst the fans and the public in general. But in my eyes, football is 100 per cent about competing, in every kind of match.

“I can easily imagine just how important a trophy it is. But over and above any of that, as I told you before, for me, football is all about competition, pure and simple, and you always have that desire to win, whatever cup you’re playing for, it’s always important. And as I always say, winning isn’t easy, and so when you win, you have to enjoy it, and you also have to try to get into the habit of winning.”

Cavani was eased into the fold at United by Solskjaer, with Anthony Martial favoured as the Red Devils’ number nine.

The South American has, however, earned a regular starting berth of late and – after finding the target in a dramatic 3-3 draw with Everton – is now up to seven goals through 22 appearances in all competitions.

A man with over 400 career efforts to his name is clicking with those around him, as feet are found in a new culture and division, and United have the option of triggering a 12-month extension in his contract that will keep him on their books through to the summer of 2022.

Mon Feb 8 , 2021
The Portuguese expects the South Korean to commit to fresh terms with Spurs once the coronavirus crisis passes Son Heung-min’s future at Tottenham is “not a problem”, according to Jose Mourinho, who says he’s confident that the forward will sign a new contract with the club. Tottenham halted a three-match […] 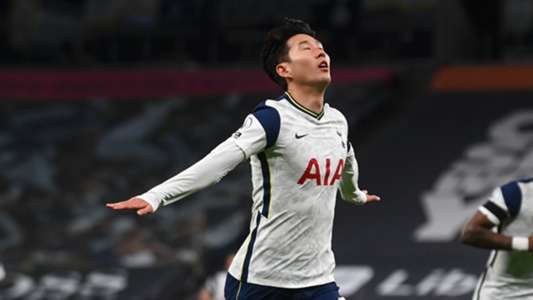