Real Madrid’s injury woes show no sign of abating, with the Blancos confirming that Dani Carvajal has been added to an ever-growing list after picking up a thigh problem in a 2-0 win over Valencia.

The 29-year-old full-back lasted less than 28 minutes against Los Che at Santiago Bernabeu on Sunday before being forced from the field.

He was replaced by the returning Lucas Vazquez, in a crumb of comfort for Zinedine Zidane, but one step forward has been followed by another in the opposite direction for a side that has suffered a damaging string of untimely fitness setbacks.

Madrid have posted an update on their official website, which reads: “Following tests carried out on our player, Dani Carvajal, by the Real Madrid Medical Services, he has been diagnosed with a muscle injury in his right thigh affecting the tendon.

“His recovery will continue to be assessed.”

How did Zidane respond to the news?

The Blancos boss has grown accustomed to seeing key men ruled out of his plans at regular intervals this season.

He told reporters after seeing his first-choice right-back laid low against Valencia: “I’m sorry for Carva. He played 25 minutes very well and I’m upset because he’s very important to us.

“But I can’t explain the reasoning [behind the injury problems] to you. As a coach, having injuries is the worst. They’ve come back to hurt us again.

“I only hope that [Carvajal’s injury] is a small one. We’ll see what the injury is and for how long he’ll be out for.”

How many games will Carvajal miss?

Real have put no timescale on his recovery, but the expectation is that he will be missing for at least a month.

Zidane will be hoping a return date can be nudged forward from that mark, but the Blancos appear set to be without Carvajal for an important run of games.

The defending La Liga champions are due to take in a trip to Real Valladolid on Saturday, before then heading to Italy for the first leg of a Champions League last-16 showdown with Atalanta.

They also have a derby encounter with table-topping Atletico Madrid fast approaching, with that game pencilled in for March 7, while a European return date on home soil will be staged on March 16.

Who else is sidelined at Real Madrid?

At one stage, Zidane found himself down to just 12 fit senior players.

Those issues have been doing the Blancos few favours, with consistency proving elusive for a side that has seen questions asked of its legendary manager.

Mon Feb 15 , 2021
The highly-rated 44-year-old coach will be taken on a new challenge at the end of the season and switching between Bundesliga clubs Marco Rose is set to take the reins at Borussia Dortmund this summer, with Borussia Monchengladbach revealing that he will be departing their dugout at the end of […] 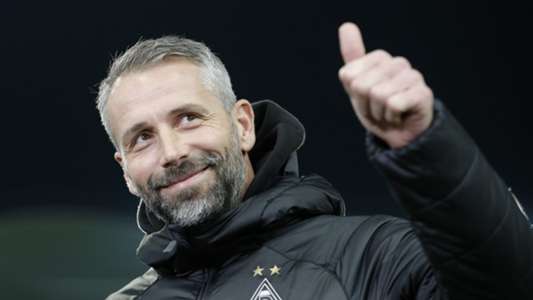