Jamie Carragher has pinpointed one rather curious reason why Liverpool opted not to sign the Chelsea-bound Timo Werner.

The Germany international has developed into being one of European football’s most clinical strikers.

For the longest time, it appeared Liverpool were in pole position in the race to land the 24-year-old.

However, despite the player’s reported desire to join The Reds, Liverpool opted not to activate Werner’s £53m release clause.

That left the door ajar for Chelsea, who swiftly walked through to agree a deal – with the timeframe of said deal detailed here.

Liverpool’s reluctance to sanction the deal appeared to stem from their desire not to spend big given current circumstances.

However, Sky Sports pundit and Liverpool legend Carragher has offered an alternative view.

Carragher believes the Summer Olympics’ postponement and the potential derailing of the African Cup of Nations played a part.

Mohamed Salah was due to miss the start of the season while on Olympic duty. Both he and Sadio Mane are scheduled to be absent during the 2021 AFCON. However, that tournament could yet be called off amid the pandemic.

Without the enforced absences of their star forwards, Carragher believes Liverpool did not deem the acquisition of an expensive back-up necessary.

“Without the pandemic, I’m sure Liverpool would have signed Werner,” Carragher told Goal.

“Everyone knows that Liverpool’s front three are as good as anything in the world right now, but Werner would have played a lot of games next season.

“There were suggestions that he was unsure over a move to Liverpool because he might not play every week.

“But look at what is coming up next season and it highlights why it would have been very difficult for Klopp to convince him to come and assure him that he would play a lot of matches.

“There was due to be an Olympics this summer and Mo Salah was due to play in that. Which would have meant he missed the start of next season.

“After that, Salah and Mane are due to play in the African Cup of Nations next February, which means Liverpool will need back-up players to play for long periods. That is before you throw in squad rotation and injuries.

“So there would have been opportunities for Timo Werner to play in the first team in a regular basis. He could have started 10 or 12 games guaranteed and you are talking about 25 or 30 games overall with everything I have mentioned.

“With the Olympics not happening this summer, doubts over whether the African Cup of Nations will go ahead and the financial hit Liverpool have taken due to the pandemic, the decision was made not to sign Werner, but I would like to have seen them push through with the deal.

“It clearly looked like the player wanted to come to Liverpool.”

Meanwhile, a Liverpool coach has warned Trent Alexander-Arnold that his starting spot will soon be put under ‘pressure.’

Sun Jun 14 , 2020
Real Madrid are unbeaten at home in LaLiga this season, winning nine and drawing four of their 13 matches. However, each of their remaining home fixtures this term will be staged at Estadio Alfredo Di Stefano while the Santiago Bernabeu undergoes renovation work. MADRID XI (4-3-3): Thibaut Courtois; Daniel Carvajal, […] 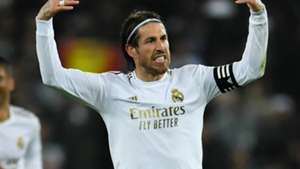