Jamie Carragher admitted his overall emotion was ‘sadness rather than anger’ after witnessing at first hand another David Luiz horror show.

Luiz produced a catalogue of errors in a woeful 25-minute cameo appearance as the 10-man Gunners suffered a heavy loss at City.

Brought on as a substitute in the 24th minute following Pablo Mari’s injury, Luiz appeared to struggle with the pace of the game. So it was no surprise when his error led to Raheem Sterling’s opener just before half-time. He was then sent off for hauling down Riyad Mahrez inside the box four minutes into the restart.

The 33-year-old’s contract at Arsenal is also set to expire in the coming weeks, though he insists he wants to extend his stay.

Assessing the display after the game, Sky Sports pundit Carragher opted for a softer approach with the Brazilian.

“Listen, I’m not going to tear into him. It’s all been said before. He’ll be getting torn apart on social media right now. I can’t get mad any more,” Carragher mused.

“I actually feel a bit sad because it’s probably the last time we’re going to see David Luiz in the Premier League. His contract is up; I said before the game I don’t think there’s any way Arsenal will renew it.

Luiz faces a two-game ban for his red card, before Carrager incorrectly pointed out: “He now faces a three-match ban; that’ll only leave [Arsenal] a handful of games. Arteta didn’t pick him tonight [from the start], I doubt he will do again.”

Fellow pundit Micah Richards added: “Yeah, it’s sad to see [the mistakes]. You do have to give him credit. Look at all the trophies he’s won.”

On the error that led to the goal, he added: “He’s got on the wrong side. I think you have to give Mahrez the credit.”

Carragher added: “The only manager who ever made him look like a good player was [Antonio] Conte. That was his best season, playing in the middle of their back three. For whatever reason, it’s not happened for him under others.”

Luiz fronts up to Arsenal mistakes

Speaking after the game, Luiz took blame for the defeats.

“It’s not the team’s fault, it was my fault,” he told Sky Sports. “Today I think the team did well, especially with 10 men. The coach is amazing, the players did amazing, it’s just my fault.

“I took the decision to play. I should have taken another decision in the last two months, but I didn’t. It was all about my contract, whether I stay or not. I have 14 days to be here, and that’s it. Today was my fault.

“I don’t want to use it as an alibi or an excuse, but it’s my fault and that’s it.

“I want to stay, the coach knows, he wants me to stay, and we are just waiting for the decisions.”

Thu Jun 18 , 2020
The coach says the two factors must be considered if K’Ogalo have to mount a meaningful continental campaign Gor Mahia head coach Steven Polack has called for club stability and a strengthened squad if they have to realise success in the Caf Champions League. After the Football Kenya Federation (FKF) […] 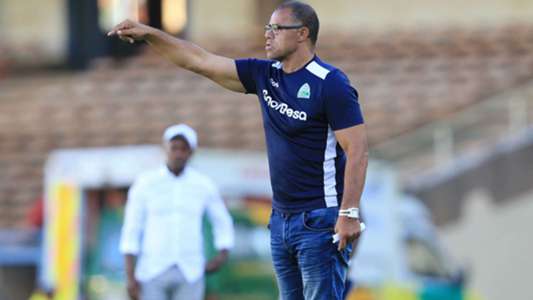