Yanga SC winger Carlos Carlinhos has claimed he is still a player for the club and will be ready to play when the coach feels he needs to.

The Angolan star has struggled with a knee injury since joining the side at the start of the 2020-21 campaign, a setback that saw him miss most of the first-round matches in the Mainland Premier League, including the derby against rivals Simba SC.

And despite recovering at the tail end of the first round matches, Carlinhos was included in Yanga’s squad for the Mapinduzi Cup in Zanzibar but was later withdrawn after his injury recurred yet again, forcing the club to release him and return to Dar es Salaam for further treatment.

However, the player has now returned to full training sessions but has not been handed a start since the second round of the league started, only coming on as a second-half substitute in the 1-1 draw against Mbeya City.

Carlinhos, who got off to a flying start at Yanga after scoring two goals and assisting two, has now said he is ready to play for the giants if and when the coach wants him to.

“I am fit at the moment because I was suffering from injuries and it really affected my performance since I was not able to play and entertain my fans,” Carlinhos said as quoted by Sokalabongo.

“I’m still in Yanga so my belief is to see everything goes well and the fans continue to support us.

“As for starting or not starting in the first-team squad, I can’t talk about it as it is the responsibility of the technical bench, what I know I am a Yanga player, and I am fit and ready to play if I get the chance, it is all about the technical bench to decide.”

Meanwhile, Burkina Faso star Yacouba Songne has said he adapting well to life in Tanzania after his move to Yanga at the start of the season.

“When I got here I was not very fit, I had been out for four months without playing due to a coronavirus outbreak, you will also understand first that I was coming to a new team with almost all new players, so it took time to stay fit so I could also getting acquainted with my colleagues and this is what happened,” Songne explained is slow start with the team to Sokalabongo.

At the moment there is a big change, although I am still not one hundred percent right. As I told you there was need for me to get acquainted with my colleagues but personally, I knew I had to put in the effort I put in and put in a lot of energy and my life changed and started doing well it was easy due to the cooperation of my colleagues.”

Yanga are topping the 18-team table with 46 points from 33 matches and will next face Mtibwa Sugar on Saturday.

Why are Manchester United called the Red Devils?

Fri Feb 19 , 2021
The Manchester side have long been associated with the strange moniker of “the Red Devils”, but how did it come about? Manchester United are most commonly known as “the Red Devils”, though they have taken on a slew of other nicknames throughout the history of the club. It is “the […] 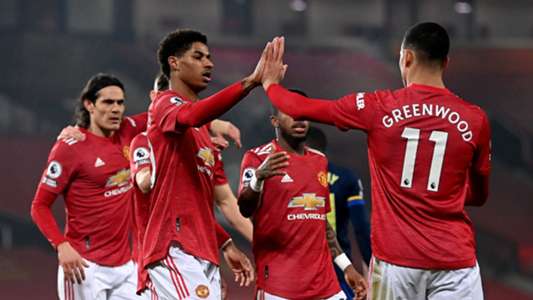