Goal brings you all you need to know about this year’s edition of the Carabao Cup, where Man City will be looking to clinch their eighth title

The 2020-21 edition of the Carabao Cup began in August, with Championship, League One and League Two sides entering the competition.

Manchester City lifted their seventh Carabao Cup and third title in a row  after beating Aston Villa in last season’s final back in March.

All 92 clubs competing in the Premier League and the English Football League enter the 2020-21 Carabao Cup, with participation distributed across the divisions.

The competition will be played over seven rounds, with single-leg ties throughout. The previous two-legged tie for the semi-final was scrapped in favour of one.

In round one, the draw was split into northern and southern clubs with 22 Championship sides and all League One and League Two clubs entering.

It had originally been scheduled for February 28, 2021, but the EFL made the decision to rearrange the date in order to increase the chances of supporters being able to attend.

A statement released in December confirmed the news, saying: “It is the objective of the League to stage the final with as many supporters in attendance as possible and the decision has therefore been taken to move the final from its original date of Sunday February 28, 2021 to later in the year.

“The number of fans permitted will be dependent on government guidance in place at the time and it is hoped that moving the date to later in the year will give clubs and their fans the best opportunity to attend in person.”

The Carabao Cup 2020-21 semi-finals will be played on January 4 and 5, 2021, with the games being played over one leg rather than two to help with fixture congestion.

Tottenham booked their place in the final after seeing off Championship side Brentford with a 2-0 win in north London.

The quarter-final ties were played the week starting December 21.

Manchester City compounded Mikel Arteta’s woes by inflicting a 4-1 defeat on Arsenal at the Emirates Stadium, closing off a potential avenue for redemption for the Gunners boss.

They were to be joined in the final four by local rivals Manchester United, who scored two late goals to see of Everton.

Tottenham also faced Championship opposition in the form of Stoke City, beating them 3-1 at the bet365 Stadium.

The fourth round ties were played the week commencing September 28.

Tottenham advanced to the quarter-finals over Chelsea through penalty shootout, while Liverpool were outdone by Arsenal in the same manner.

The likes of Arsenal, Chelsea, Leicester City, Liverpool, Manchester City, Manchester United and Tottenham Hotspur were automatically registered for the third round due to their participation in European competitions.

Leyton Orient’s match against Tottenham was called off due to the home side announcing positive Covid-19 cases , with Spurs handed a bye for the fourth round.

The draw was conducted on September 6, and was played the week commencing September 21.

Fifty teams were involved in round two of the Carabao Cup, including Premier League clubs that are not participating in European competition.

Like previous years, the draw was again split into ‘northern’ and ‘southern’ sections. The draw for the second round was made on September 6.

Seventy clubs participated in the first round, with 24 teams from League Two (tier four), 24 from League One (tier three), and 22 from the Championship (tier two).

The draw was divided between ‘northern’ and ‘southern’ sections. Teams were drawn against a team from the same section.

In the United Kingdom, the Carabao Cup will be broadcast and live-streamed on Sky Sports.

In the United States, the competition will be shown on ESPN channels.

As was the case in 2019-20,   extra-time will be abandoned for all rounds except for the final, with ties advancing straight to penalties in the event that the score is a draw at the end of regular time .

This was introduced in order to limit issues of “additional fatigue”, as Carabao Cup fixtures typically take place in the middle of the week.

The ABBA penalty system trial was also eliminated, with the format for penalty shoot-outs now reverting to the standard ABAB penalty-taker order.

Seeding has also been removed from the first two rounds.

Video assistant refereeing (VAR) will continue to be in use in fixtures played at Premier League grounds.

Additionally, this will mark the first instance in which the winner will also qualify for the play-offs of the brand-new Europa Conference League, instead of the second qualifying round of the Europa League.

All ties will be played as single legs.

Will away goals count in the Carabao Cup semi-finals?

If both teams are level after the end of full-time during the second leg of either of the semi-final ties, the game will go directly to a penalty shoot-out with a  no away goals rule implemented – a rule which began in 2018-19.

Previously, the away-goal rule was used in the semi-final stage in the same manner as it is in the Champions League knockout rounds. If, for instance, the away team scored a goal in the first leg that ended in a 1-1 draw, with the second leg ending 0-0, then that team would have progressed to the final courtesy of the away-goals rule.

Now, no such rule will be considered and second-leg stalemates will be decided ultimately by a penalty shoot-out.

Why is the League Cup called the Carabao Cup?

Officially, the EFL Cup is known as the Carabao Cup due to the energy drink being the tournament’s official sponsors.

Liverpool have won the Carabao Cup the most times, winning their eighth in 2012 when they defeated Cardiff City on penalties.

Behind them are Man City, who lifted their seventh Carabao Cup in 2020 when they beat Aston Villa through penalty shootout. Manchester United, Aston Villa and Chelsea have all won the Carabao Cup five times each.

Tottenham and Nottingham Forest have both won the competition four times apiece.

Only lists teams who have won the competition the most times.

Tue Jan 5 , 2021
In a bid to get regular playing time, the Egypt youth international has been transferred to the Millerntor-Stadion outfit for the rest of 2020-21 Wolfsburg forward Omar Marmoush has completed a loan move to German second division outfit FC St. Pauli. The #BoysInBrown have strengthened in attack by taking 21-year-old Egyptian […] 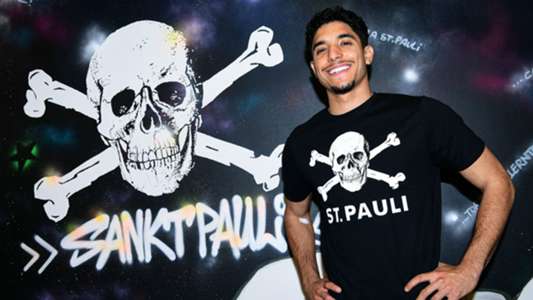