As Osimhen, Chukwueze and Musa struggle for form and fitness, the Turkey-based duo could be the beneficiaries in the medium-to-long term

If there’s one factor that seems to be ignored in the discussion around Gernot Rohr’s recent stewardship of the Super Eagles, it is that, all too frequently, he has had to do without what most would consider his first-choice front three.

In the October international window, he was shorn of first-choice striker Victor Osimhen, and a month on he had to without both the Napoli man and Samuel Kalu. Not since the November 2019 Africa Cup of Nations qualifier against Benin in Uyo has he been able to field his preferred attack.

During the week, in an interview on the Super Eagles YouTube channel, he addressed the club situation around national team captain Ahmed Musa. Since his release by Al-Nassr, Musa has been without a club, but is believed to be on the verge of joining Premier League side West Bromwich Albion.

“It’s very important that everybody is playing in a club,” he stressed. “It’s a long time that he didn’t play, I think since October, so he needs to come back in the rhythm of the matches.”

While the concern over the captain is justified, he is far from the only member of the attack whose status is uncertain. In similar vein, there are question marks over the availability of Osimhen and winger Samuel Chukwueze going into the March internationals.

Chukwueze recently went under the knife to address a groin injury, and even though Rohr is holding out some hope still, is expected to miss the engagements with Lesotho and Benin. Osimhen has had his share of injury problems, only recently returned from quarantine following a positive Covid-19 diagnosis, and has yet to rediscover his form and sharpness in front of goal.

In the short term, Rohr will probably seek to make do. However, in the medium to long term, this sounds the klaxon: it is imperative that the German coach widen his pool of options, and it might even be necessary for him to rethink his attacking structures.

Paul Onuachu’s remarkable goalscoring return for Genk and Terem Moffi’s impressive adaptation to Ligue 1 means there is ample competition and cover for Osimhen in the centre-forward position. However, it gets a little trickier when considering the wide areas: beyond Chukwueze and Kalu/Musa, the pickings seem rather slim at the moment.

Chidera Ejuke did little to advance his cause back in October and November, weaving past opponents, but to minimal effect. Emmanuel Dennis has seen his star wane over the last 18 months, and is seeking a return to form at struggling Koln. Moses Simon is in the thick of a relegation battle with Nantes and, bar a penalty, has not scored or assisted in 12 matches.

In the form of Henry Onyekuru and Bright Osayi-Samuel, however, Rohr has some interesting options from off the beaten track.

Having returned to his old Turkish stomping ground, Onyekuru has rediscovered his touch in front of goal, scoring three in three for Galatasaray since joining on a third loan in January. The former Everton man has been out of favour both with parent club AS Monaco and with the Super Eagles, but Rohr may be minded to reconsider, given his thinning options.

Osayi-Samuel is an altogether different case. The winger, who joined Fenerbahce from QPR, is yet to earn a cap for Nigeria, but was gaining attention for his displays in the Championship.

His quick feet and directness saw him average 2.8 dribblers per game while with the R’s, the second highest rate in the league, and he registered three goals and three assists before making the move across Europe to Fener.

In many ways, it was a deeply curious move. While QPR are not really in contention for promotion to the Premier League, there has been a renewed awareness of Championship talent by top flight English clubs.

Last summer, Ebere Eze followed Jarrod Bowen’s path from midtable obscurity to the PL, and it was not beyond the realm of possibility that a positive, powerful winger like Osayi-Samuel might toe the same line.

The decision might also complicate matters with regard to a potential Nigeria invitation. The feeling is that Rohr is not big on the Turkish Super Lig, believing it to be deficient in the quality that obtains in other major European leagues. For evidence of this, look no further than his cold shoulder toward Anthony Nwakaeme, whose form has merited consideration, and the manner in which he sidelined Onyekuru during the 2019 Africa Cup of Nations.

However, if there is one area in which Rohr has excelled over the course of his time in charge, it is compromise. If he is to incorporate more options into the Super Eagles forward line, he will perhaps have to soften his stance once again.

Sun Feb 14 , 2021
The England U21 international, now playing in Ligue 1 with Dijon, insists he has no regrets over his decision to turn his back on the Blues Ex-Chelsea youngster Jonathan Panzo has revealed why he left Stamford Bridge, admitting “I needed to get out of my comfort zone”. Panzo spent eight […] 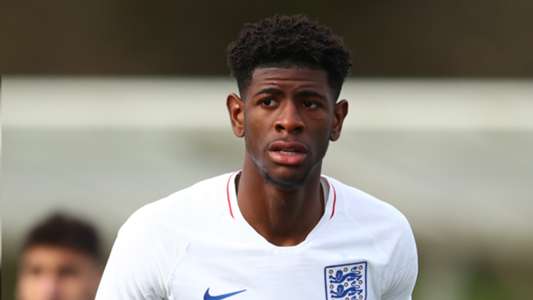