Jamshedpur managed to end their five-game winless run in the 2020-21 Indian Super League (ISL) with a narrow 1-0 win against Odisha FC on Monday.

A 41st-minute goal by Mobashir Rahman turned out to be the decider in a tie in which both teams had chances to score.

At the end of the 90 minutes, Jamshedpur had created the better chances and had four shots on target compared to Odisha’s one. The Men of Steel’s victory, albeit narrow, was well-deserved.

The narrow win has taken Jamshedpur to the fifth spot with 18 points from 15 matches, three points behind fourth-placed FC Goa who have a game in hand.

Given how Jamshedpur have so meticulously missed out on qualifying for the playoffs since their inception, converting a goalless draw to a narrow win like they did on Monday could prove to be an important factor in the race for the top four.

The only concern for Coyle from Monday’s game would be his team’s profligacy in front of goal. Despite creating clear-cut chances to put the game to bed by the hour-mark, Jamshedpur’s wastefulness in front of goal allowed Odisha to keep sniffing for a chance to claw their way back into the game and set up a tense finish.

Mid-season signing Farukh Choudhary was the biggest culprit against Odisha as the India international found himself at the end of multiple glorious chances to score but failed to hit the target.

The bright spot for Coyle will have been the involvement of Nerijus Valskis who was influential on and off the ball. He acted as the focal point for the team’s attacks and when he was marked out of the attacks, his off-the-ball movement helped his teammates build one attack after another and keep the Odisha defence on their toes.

At the other end of the pitch, Diego Mauricio was far less influential and that made a difference in the outcome of the game. For all the talent that Odisha possesses, they have been highly inconsistent in all areas of the pitch and when they have created chances, they have just not been effective.

Stuart Baxter is extremely lucky to still be the head coach of Odisha as they find themselves at the bottom of the table with just one win to their name this season after 14 games. It has just not been working for them.

Tue Feb 2 , 2021
Selangor’s latest home kit pays tribute to the country, and the club’s best player of all time. Selangor FC became the first Malaysian league club to launch their kit for the 2021 season, when they announced their home kit for the coming season on Monday evening. The Red Giants’ latest […] 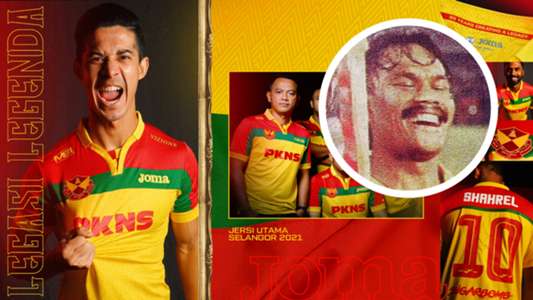