The Indomitable Lionesses were scheduled to face the South Americans in April 2020 following a final-round defeat to Zambia but the tie was moved to February 2021 due to the Covid-19 outbreak.

Before now, the Central Africans had been in camp, with 34 players called up in the build-up for the first leg meeting on February 18 in Yaounde before a trip to Santiago six days later.

On Thursday, the Chilean Soccer Federation confirmed the latest postponement following the receipt of an official notice from Fifa.

In the statement, the Chilean football body cited the ongoing global health crisis arising from the coronavirus and related logistical problems for Fifa’s decision.

In the wake of this, the world’s football governing body has now rescheduled the doubleheader to April, with no confirmed dates yet.

Before the rescheduling, La Roja had bowed to an African opponent for the first time in a 2-1 defeat to Zambia last December and has planned to continue their current local camp.

On the part of Cameroon, coach Alain Djeumfa will hope his team continues their preparations with their first international test since March 2020 as they wait for new dates to face Jose Letelier’s side.

Having missed an automatic slot at the expense of Zambia, the Lionesses are keen to beat La Roja to a play-off spot in confirming their return to the showpiece for the first time since London 2012.

Thu Feb 4 , 2021
2′ CLOSE! Azpilicueta goes long immediately and Werner gets in between the two centre-backs, heading towards goal from the centre of the area. Lloris looks like he has it covered all the way as it just drops the wrong side of the right-hand post and out for a goal-kick. 1′ […] 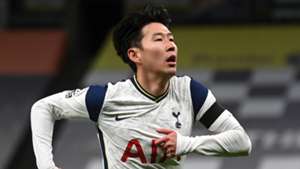