Call of Duty: Warzone has quickly become one of the top-played games in the weeks since its release, with over 60 million players to date.

This free-to-play title features dynamic and frantic battle royale and Plunder gameplay with up to 150 players on the largest Call of Duty battleground ever.

On June 11, the season four of Warzone went live, and it brought an array of new content and changes. A new season also means a brand new battle pass with a bunch of items to earn and equip. The Season 4 battle pass has new operators, new weapons and blueprint, customization items, and a lot more.

For our new poll, we are going to be looking at Mara from the Coalition faction and SYD from the Allegiance one.

Mara – Alex Morgan : Morgan is a forward whose game is built on speed and direct play. The USWNT star’s flair and pace, along with her dribbling ability, make her a consistent goal threat. Mara is also a speedy operator. She relies on a her vast experience and knowledge of the battlefield to always make the right move and her shooting accuracy makes her lethal in the field.

SYD – Renard : Not only is Wendie Renard widely considered to be the world’s leading central defenders, she poses a formidable threat to the opponents’ goal with her aerial presence, particularly from set pieces. SYD, like Renard, is known for her toughness and an unwillingness to take unnecessary risks while attacking. She likes to have a clear plan in place before entering the battlefield.

Tue Jun 16 , 2020
Editor’s Note: ATPTour.com is resurfacing features to bring fans closer to their favourite players during the current suspension in tournament play. This story was originally published on 23 June 2019. Roger Federer made history on 23 June 2019, winning his 10th Halle trophy with a 7-6(2), 6-1 victory against David Goffin […] 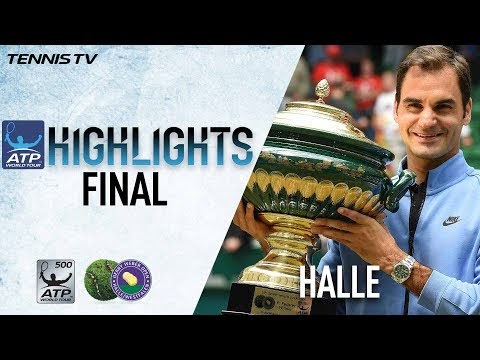