Call of Duty: Warzone has quickly become one of the top-played games in the weeks since its release, with over 60 million players to date.

This free-to-play title features dynamic and frantic battle royale and Plunder gameplay with up to 150 players on the largest Call of Duty battleground ever.

Warzone now has solos, duos, trios, quads and plunder quads all at once. That still leaves plenty of choice for those who can’t settle on just one battlefield buddy.

For our new poll, we are going to be looking at Golem from the Coalition faction and Grinch from the Allegiance one.

Golem – Hamdallah : Hamdallah is a truly masterful finisher. His expertise in this area saw him score 57 goals with al Nasr during 2019. His positional sense, ability to read the play and movement are his main strengths. Golem is known to be one of the best snipers in Call of Duty. His flair allows him to find the best position in the battle field and take up the right position to create an advantage over his opponents.

Grinch – Gomis : Gomis is known among fans as the “Lion” and he fits his name to perfection. He is clinical in front of goal, and the ways in which he scores goals show that he’s not just a threat in the six-yard box. Grinch would also befit the “Lion” nickname. A bold operator who is merciless with his opponents and always ready to make sacrifices.

Fri Jun 12 , 2020
The former Red Devils striker has been impressed by how the England international has evolved over the course of this season Marcus Rashford has changed his attitude to become a “proper leader” for Manchester United, according to Louis Saha. England striker Rashford was enjoying the most productive season of his […] 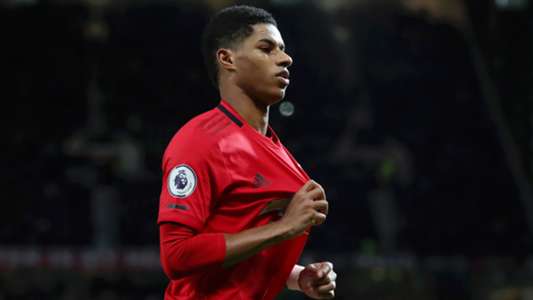