Abderrazak Hamed Allah has secured his place in call of Duty: Wazone ultimate team, which features a combo of COD’s operators and football players who have similar characteristics.

For the new poll, we had a duel between Bafétimbi Gomis and Abderrazak Hamed Allah who were representing Grinch from the Allegiance team and Golem from the Coalition team respectively.

Sun Jun 14 , 2020
Athletic Club vs Atletico Madrid Betting Tips: Latest odds, team news, preview and predictions Both sides boast excellent defensive records yet have struggled in the final third so we are backing a low-scoring game in the Basque Country Atletico Madrid travel to Bilbao to face Athletic Club at San Mames […] 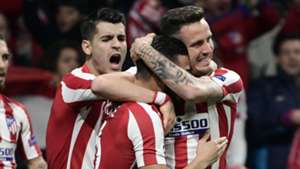