Confederation of African Football has imposed a ban on Football Kenya Federation CEO Barry Otieno after he allegedly tore apart PCR tests copies of the Kenyan team during their African Cup of Nations qualifier against Comoros.

According to a statement from Caf and obtained by Goal, the African body has handed the Kenyan CEO a six-month ban from all football-related activities and also imposed the same on the team’s team manager Ronny Oyando.

“On the day of the match the General Secretary of the Comoros Football Federation came in early to take their PCR tests, and he was met with refusal from the Kenyan national team’s management, they delayed the process for three hours until they finally gave in,” read the statement from Caf.

“The test results arrived just a few minutes before kick-off, during warm-up, due to the said delay. The Commissioner did not get the chance to check the results himself as Barry Otieno, the General Secretary of the Football Kenya Federation, and Ronny Oyando, the Kenyan team manager disputed the results as soon as they have become aware of them and snatched them from his hands and tore them apart.

“According to the PCR tests copies that were acquired after the match, four players have all tested positive before the match yet took part in the game and risked the contamination of the opposing team as well as their fellow teammates and all officials that were involved in match 94 of the Total African Cup of Nations Qualifiers.”

When reached for comment. FKF CEO Otieno told Goal he was not aware of the decision taken by Caf but will consult internally to come up with the next step.

“I have just learnt about the allegations and will be consulting internally on the next steps,” Otieno told Goal on Saturday.

“Nonetheless, I wish to state that everyone who was present, during the incident, including the Match Commissioner, know that what has been alleged is not true, that notwithstanding Caf has made a decision and as a member, we will comply with it.”

Sat Jan 23 , 2021
Can the Gunners continue their recent renaissance against the high-flying Saints in the FA Cup this weekend? Arsenal appear to have firmly turned the corner under Mikel Arteta following a difficult winter for the London strugglers. However, they’ve now six games unbeaten, and romped to victory against Newcastle United in […] 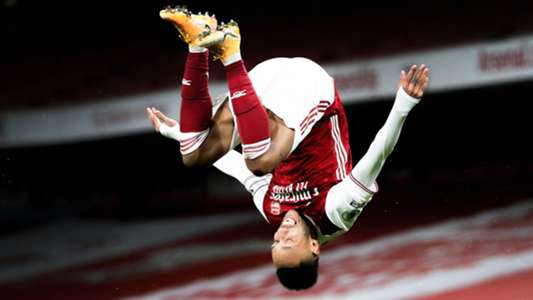