The Buccaneers secured an emphatic 3-0 victory over the Botswana champions in the first-leg encounter which took place at National Stadium in Gaborone last weekend.

The result saw Pirates take a big step towards the group stage of Africa’s secondary club tournament with Thulani Hlatshwayo, Linda Mntambo and Jean-Marc Makusu scoring for Josef Zinnbauer’s side.

Jele, who marshalled the Bucs defence and ensured that his side kept a clean sheet against Galaxy, says they know what to expect from their Southern African neighbours at Orlando Stadium.

“We know better now our opponents who we will be playing against after the first-leg and we’re willing to give everything and fight to advance to the next round,” Jele told the media.

“We are focused and we want to go to the group stages. The preparations are going well and winning this game will boost our confidence going into the league.

“We won’t take Galaxy for granted. Winning our home games will send a strong message to the other teams in this competition.”

Why does it matter & what’s the bigger picture? The last time Pirates hosted a Botswana club in a Caf competition was in February 2010 and they drew 2-2 with Gaborone United in Port Elizabeth which saw Pirates bow out of the Champions League on the away goals rule.  The Buccaneers will be among the 16 teams that are set to advance to the group stage if the Soweto giants defeat Galaxy on aggregate.  Bucs went all the way to the final in their previous appearance in the Confederation Cup which was in 2015 and they narrowly lost to Tunisia’s Etoile du Sahel, who won 1-0 on aggregate.  Pirates are currently enjoying a three-match unbeaten run across all competitions having registered three consecutive victories over Uthongathi FC, Cape Town City and Jwaneng Galaxy.  Further reading

Fri Feb 19 , 2021
The Wekundu wa Msimbazi official has been vocal against Wananchi and the latter have now decided to act Yanga SC have given Simba SC communications officer Haji Manara a 14-day notice to publicly apologise to them for allegedly degrading their brand. The vocal official does not shy away from taunting […] 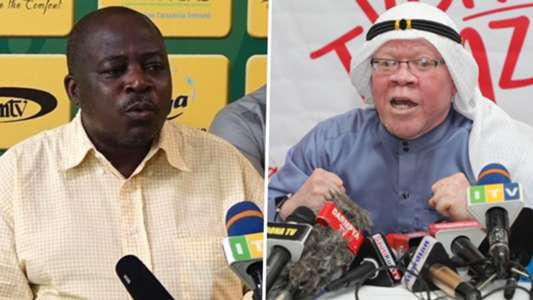