Gor Mahia have confirmed youthful striker Benson Omalla will not be available to face Napsa Stars of Zambia in their Caf Confederation Cup play-off clash on Sunday.

K’Ogalo team manager Jolawi Obondo has confirmed to Goal the player, who was signed from Western Stima at the start of the 2020-21 campaign, will be sitting for his exam hence he won’t be able to play any part in the first leg fixture.

“The only player missing in training is striker Benson [Omalla], who is attending classes because of the upcoming exams but all the players are training and we are happy and have prepared well for the game,” Obondo told Goal on Friday.

On whether the players of the team had staged a go-slow to demand salaries and allowances, Obondo said: “It is not true,.there is nothing like that and all I can say is all the players are training on readiness to face our opponents.”

In an earlier interview, Gor Mahia coach Carlos Manuel Vaz Pinto explained his main target is to take the team to the group stage of the competition.

“Our focus is our process and always I said we keep the focus in our work to grow as a team, I don’t keep focusing in our results, I put the focus in our training, in our process because of that I don’t think we have any type of pressure,” Vaz Pinto told Goal on Friday.

Gor Mahia are currently placed sixth on the 18-team league table with 16 points from nine matches.

Sat Feb 13 , 2021
The Brazilians have established themselves as difficult to beat when playing in Pretoria in the top continental club competition Al Hilal coach Zoran Manojlovic has expressed concern about Mamelodi Sundowns’ 19-match Caf Champions League unbeaten record but says it is always bound to be broken and is hoping that his side […] 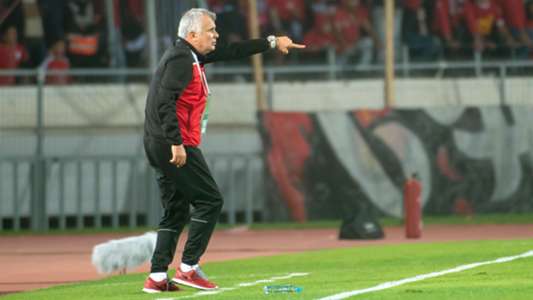