Gor Mahia have blamed the Football Kenya Federation for their aborted trip to Zambia to play their Caf Confederation Cup fixture against Napsa Stars on Sunday.

The Kenyan champions were scheduled to depart on Friday for the return leg fixture but the trip did not materialise as it emerged they had not secured air tickets for the travelling contingent to Lusaka.

A top club official, who did not want to be named, has now told Goal they were duped by the federation that they will get help through the FKF Premier League grants to purchase travel air tickets

But it was not the case as the same federation came back to them on Friday saying they don’t have money.

“We were promised by FKF they will give us part of our grants from the Premier League to purchase tickets for the trip to Zambia and when it reached Friday, the same FKF came back to us saying their accounts have been frozen by Kenya Revenue Authority,” the official told Goal on Sunday.

“They were supposed to give us tickets against our grants and we are informed their accounts were frozen, I have the federation’s communication to our team manager explaining that their accounts have been frozen and in view of the same they cannot help us.

“We did reservation three weeks ago, and we handed over the same reservation to FKF to have them process the tickets, and then on Thursday, they come back to us that they cannot help us.”

When reached for comment, FKF CEO Barry Otieno admitted Gor Mahia had made a verbal request to be assisted for the Zambia trip but unfortunately they could not help them.

“It is true, Gor Mahia did make a request, [verbal and not formal] to be assisted for the trip but unfortunately there is an agency notice put by KRA on all FKF accounts and it is a request we could not asset them with because of that,” Otieno told Goal on Sunday.

“I responded the same to the people who made the request on behalf of the club, the club team manager, and the treasurer, there was no time Gor Mahia signed an endorsement so they can be assisted for the trip to Zambia.

“That is the position, and however, in the past, when we had our accounts operating and money available, the federation has assisted Gor Mahia, we gave them Sh3m, Sh1m being a loan, which they are yet to repay to honour a Caf fixture, so this allegation they are claiming are all bent to tarnish the good name of the federation.”

Goal now understands Gor Mahia could leave the country on Sunday at 10:00, a few hours before their return leg set for National Heroes Stadium in Lusaka at 16:00.

Sun Feb 21 , 2021
The German champions have yet to decide whether or not to extend the centre-back’s contract at Allianz Arena Bayern Munich CEO Karl-Heinz Rummenigge has offered an update on the future of Chelsea target Niklas Sule. Sule has just under 18 months left to run on his current contract, and Bayern […] 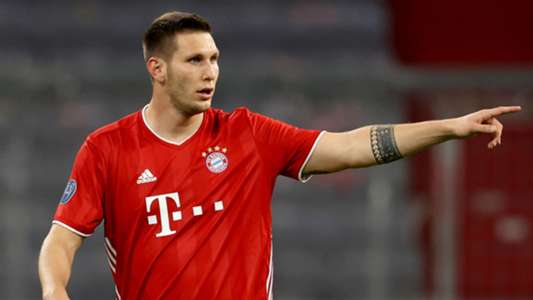