Gor Mahia coach Carlos Manuel Vaz Pinto has set the target of reaching the group stage of the Caf Confederation Cup at the expense of Napsa Stars of Zambia.

The new Portuguese tactician, who replaced Roberto Oliveira at K’Ogalo, has said their main focus is to make sure they reach the competition’s group stage.

On his part, captain Kenneth Muguna dismissed reports doing round in social media that some of the players in the team had opted to skip training pressing for their unpaid salaries.

“I was in the national team training camp and we were given a day off before joining Gor Mahia, so I don’t think we have skipped training, every player is around and we are ready,” Muguna told Goal.

“We know Napsa is a good team, though we don’t know them the same way we know teams that will play against them in Kenya but we always go into matches with confidence and aiming to win and I know we have a good squad to give us the good result.

Gor Mahia are currently placed sixth on the 18-team league table with 16 points from nine matches.

Fri Feb 12 , 2021
The Saints boss reflects on the centre-back’s performance against Wolves on Thursday  Southampton manager Ralph Hasenhuttl has commended Ghanaian defender Mohammed Salisu for a “very good” debut outing for the club in Thursday’s FA Cup victory over Wolverhampton Wanderers. Six months after his acquisition from Spanish outfit Real Valladolid, the […] 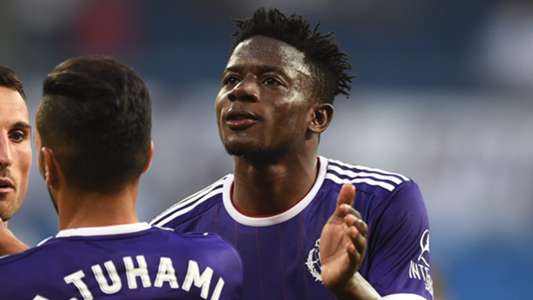