The second leg of the first-round game will be held at St Mary’s Stadium, Kitende on January 6 as the Rwandan side enjoy a 2-0 advantage which they earned without kicking a ball.

KCCA failed to raise a minimum number of players for the match after 12 of their squad members tested positive for the coronavirus.

Nshimiyimana, who has coached AS Kigali in the last six seasons, led them to this stage of the competition after seeing off Orapa United in the preliminary round.

The Rwandan giants lost 2-1 in Botswana before they picked up a decisive 1-0 victory at home. They had played just one game in the Premier League against Mukura Victory, which they won 2-0, before the competition was suspended by the government on December 12.

The Rwandan state took the move to suspend the competition due to the rising number of coronavirus positive cases within the football family. AS Kigali will be facing KCCA after they were knocked out by Proline FC in last season’s competition.

KCCA will host AS Kigali at Vipers SC’s home ground and not at their own turf located in Lugogo.

“After an inspection of stadiums in Uganda, Caf notified KCCA that Omondi Stadium, in Lugogo was not eligible to host this edition’s Caf games,” KCCA announced on Saturday.

“Late 2020, KCCA Stadium plans were approved by authorities and the club hopes to start construction of a modern, start of the art stadium early 2021.”

Sat Jan 2 , 2021
Stay right up to date with Goal’s live commentary coverage of the biggest games from around the globe Source of the article 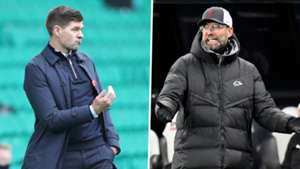