Napsa Stars coach Mohamed Fathi has praised the team’s never-say-die attitude which clinched them a place in the group stage of the Caf Confederation Cup on Sunday.

The Pensioners were on the verge of exiting the competition as Gor Mahia were leading the return leg at National Heroes Stadium in Lusaka 2-1 until the added minutes of extra time when they got a penalty which veteran striker Emmanuel Mayuka converted to earn them a 2-2 draw on the day and a 3-2 aggregate win.

The Egyptian tactician has now praised his players for never giving up despite trailing for most of the game and also dedicated the win to his late father, who passed on a week before the fixture.

“I think we will take the fighting spirit into the group stage and what I told you Gor Mahia team had big experience in continental, every year they are in continental and it was not easy playing against them.

“We also heard a lot of stories about them [Gor Mahia] how they operate, sometimes they come a day before the game or even arrive on matchday, so up to the last moment we didn’t know what was happening, they kept us guessing if they are coming or not and it somehow affected us a little and it was the reason we were not good in the first 15 minutes but afterward we came back into the game.”

Fathi also picked out his players for praise, saying they were growing in confidence in every game they play since they had come up against experienced sides in the continental scene for the first time in their history.

“It was not easy to make it, for the first time the club took part in continental stage and they have qualified to group stage, it is not an easy competition, most of our Zambian players are not fit enough, so the experience in continental is not that much but they are building up themselves in every game,” Fathi continued.

“They [players] are meeting more experienced teams in every game, good job from my players, and good job from Napsa Stars management and the sponsor and it was a good win for Zambia.”

On whether the referee had awarded a justifiable penalty, Fathi explained: “When you play any game in continental, you have to fight to the end, we thank God for the win, it was a good move from my winger Jimmy [Mukeya], and they played a one-two, it was a clear penalty and it was a good goal from Emmanuel [Mayuka] and we played very well as a team and am happy we are through.”

“It is a big moment for me, I sacrificed, I didn’t go to see my dad when he was dying so I now have something to give him, and also this is history for Zambia, they have some good news as they have a team in the group stage.

En route to the group stage, Napsa Stars thrashed Ngazi Sport of Comoros 9-2 on aggregate in the preliminary round, before getting past Mozambique’s UD Songo on away goals in the first round.

Mon Feb 22 , 2021
The British tactician feels the players did their part to try reach the group stage and should walk tall in the streets without fear Steven Polack has called on Gor Mahia to walk with their heads held high despite exiting the Caf Confederation Cup following a two-legged defeat to Napsa Stars […] 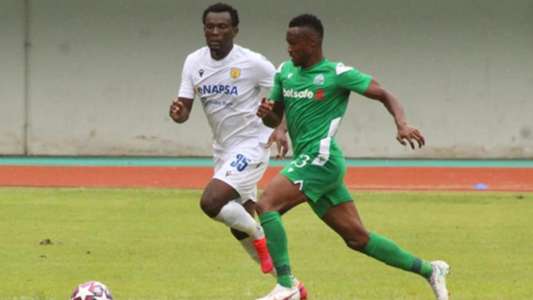