The two teams will play each other at Nyayo Stadium in the final preliminary round of the Caf Confederation Cup with the winner of the two-legged affair making it to the group stage of the competition.

The tactician has stated he will be capitalising on the situation hoping his team will get a good result.

“Our target is to have a positive result from Nairobi,” Fathi said ahead of the game this weekend.

“Gor Mahia are under pressure starting the first leg at home and we need to take advantage of the situation to get the result we need.”

The Pensioners will be without the services of Zambia forward Emmanuel Mayuka who has been out injured for about one month.

“Mayuka was injured in the Red Arrows game [on January 16], and has not recovered yet but he is under the rehabilitation program. Hopefully, he will join us in the second leg,” Fathi continued.

“He is an experienced player and was on top form before he got injured and I will miss his experience in the front line [against Gor Mahia].

“But we have good tactics, and plan for the game especially on the attack and midfield and we have to try and get our goal.”

Prior to the game, the Zambian outfit have kept back-to-back clean sheets in the goalless draw away to Kitwe United which they followed up with a 1-0 win over Nkwazi.

The experienced coach has explained how the result will impact his charges.

“The morale is high in camp, we are taking the positive results from our last two league games where we kept clean sheets and want to continue from there,” he concluded.

Fri Feb 12 , 2021
The veteran 36-year-old keeper is one of a number of Downs players who will be targetting a second Champions League star with the Pretoria club PSL clubs and those in the Caf Champions League have been warned – Mamelodi Sundowns’ Ugandan international goalkeeper Denis Onyango wants to add to his […] 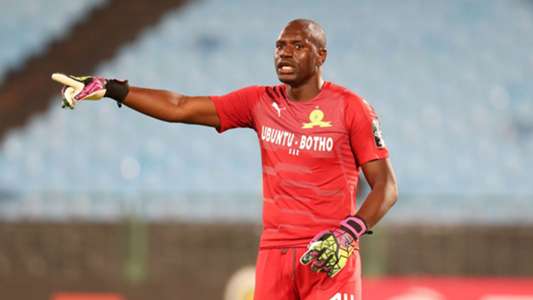