Tanzanian club Namungo FC will be placed in Group D of the Caf Confederation Cup if they eliminate their counterparts from the competition.

The 2019/20 FA Cup finalists claimed a healthy 6-2 win against their opponents Primeiro de Agosto in the first leg of the final preliminary round, and are strong favourites ahead of the second leg at Azam Complex in Chamazi, Dar es Salaam on Thursday.

The visitors scored their goals through Hashim Manyanya, Sixtus Sabilo -who scored a brace, Leriant Lusajo, Steven Sey, and Erick Kwizera while their hosts scored their two goals courtesy of Brayan Moyo and Mongo Bokamba.

If they qualify for the next phase, the East Africans will play Moroccan heavyweights Raja Casablanca, Pyramids FC of Egypt, and Zambia’s Nkana with the top two teams making it to the quarter-finals.

Apart from Namungo who are making their debut in the competition, the other three teams have been playing in continental competitions.

Group A is made up of Enyimba from Nigeria, Algerian outfit Entente Sportive Sétifienne commonly referred to as ES Setif, Orlando Pirates of South Africa, and Ahly Benghazi from Libya.

National Pension Scheme Authority (Napsa) Stars of Zambia will be in a tough Group B after eliminating Kenyan giants Gor Mahia 3-2 on aggregate. The Pensioners had won the first leg in Kenya by a solitary goal before controversially drawing 2-2 in the second leg at home to advance.

They are pooled alongside Moroccan side Renaissance Sportive de Berkane who are usually referred to as RS Berkane, Jeunesse Sportive de Kabylie (JS Kabylie) of Algeria, and Coton Sport FC of Cameroon.

Mon Feb 22 , 2021
The enigmatic Argentine has worked on short-term deals throughout his time at Elland Road and would prefer to leave an extension until the summer Marcelo Bielsa has sought to explain why he is delaying a contract call at Leeds, with the enigmatic Argentine reluctant to make a decision on his […] 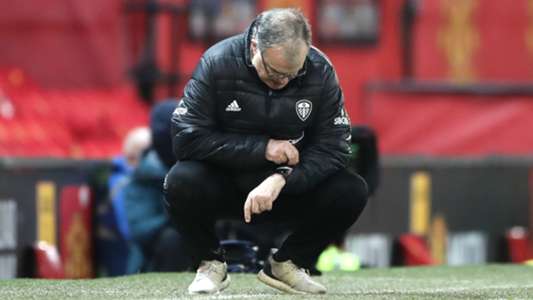