Namungo FC have failed in their bid to return home after Angolan authorities asked the team to return to their hotel from the airport on Sunday.

The Tanzanian domestic Cup winners had travelled to Angola to play their first leg of the Caf Confederation Cup against Primeiro de Agosto but the game which was set for Sunday was cancelled by Caf after the Angolan authorities ordered all Namungo players to self-quarantine owing to the Covid-19 pandemic.

With the game being cancelled, Namungo’s efforts to return home have now stalled as the team spent the whole of Sunday at the airport in Angola and they were finally asked to return to the hotel with reports emerging that three of their players and one official had tested positive for Covid-19.

“Namungo players have been ordered to return to the hotel from the airport, where they were planning to board the plane back home after their match was called off,” a source in Tanzania Football Federation, who did not want to be named, told Goal on Monday.

“The players wasted a whole day at the international airport in Luanda as they waited for a plane to return home but now they are not able to use the private jet because three of their players and one official have reportedly returned positive Covid-19 tests, and now Angola authorities have asked them to serve the mandatory quarantine before coming back home.”

On Sunday, Namungo coach Hemed Morocco explained how they had learned from their cancelled game in Angola. We want to thank God that everyone is okay and safe but what happened is a lesson for us to learn,” Morocco said as quoted by Sokalabongo.

“It’s a challenge for us and it’s a lesson too so we have nothing to say at the moment, we are back in Tanzania to prepare for our upcoming matches.”

“The game was scheduled to be played on Sunday in Luanda but earlier on authorities in Angola had ordered the entire team of Namungo to be quarantined after arriving in Luanda and also be tested for Covid-19.

“Owing to the standoff, Caf has moved to call off the match and confirmed the outcome on the game will be discussed and communicated in due course.”

Mamelodi Sundowns coach Mngqithi: It is a very sensitive area

Mon Feb 15 , 2021
Masandawana’s success in the current campaign has been built on the back of a watertight defence, up front there seems room for improvement Mamelodi Sundowns coach Manqoba Mngqithi has not for the first time this season stressed the need for his side to be more clinical in front of goal. […] 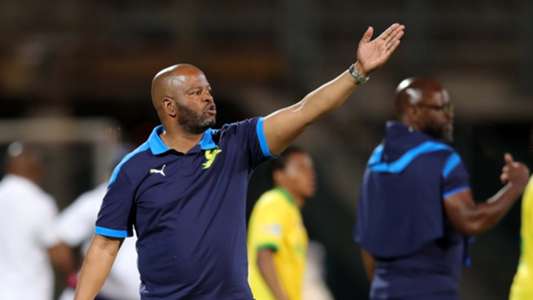