Football Kenya Federation Premier League champions Gor Mahia found themselves in the Caf Confederation Cup after a poor show in the Champions League yet again.

This time around, Gor Mahia were unable to progress into the group stage after losing 6-1 to CR Belouizdad in the first leg before a 2-1 home defeat in the second round of qualification.

When Gor Mahia returned to the continental fold in 2018 after winning the 2017 league title, they were eliminated in the Champions League in the first round after a 0-0 home draw and a 1-0 away loss to ES Tunis.

They dropped to the Confederation Cup and were paired against SuperSport United whom they saw off courtesy of a 1-0 home win and a 2-1 loss in South Africa.

K’Ogalo progressed into the group stage where they were pooled alongside USM Alger, Rayon Sports and Yanga SC. They started with a 1-1 draw against Rayon Sport, followed it with a 0-0 draw against the Algerian side before a 4-0 win over Yanga.

They went on to defeat the Tanzanian giants 3-2 in Dar es Salaam before losing 2-1 to Rayon Sports in the respective return leg which complicated their chances of advancing. A 2-1 loss to the Algerian opponents all but ended their ambition of reaching the quarter-finals.

The Green Army retained the league title in the 2018 season and represented the country at the continental stage but were eliminated in the Champions League again after falling to Nigeria’s Lobi Stars and found themselves paired against New Star of Cameroon in the Confederation Cup.

They started Group D with a 4-2 win over Zamalek before a 2-1 away loss to Petro Atletico with both matches being played in February 2019.

Gor Mahia recorded a second group win when they defeated Hussein Dey 2-1 in Nairobi but fell to a 1-0 defeat in the return leg. In Egypt, they were defeated 4-0 by Zamalek before beating Petro Atletico 1-0 at home and the points were enough for them to proceed to the knockout stage.

They were eliminated by RS Berkane in the quarter-finals when they conceded a 2-1 home loss and a 5-1 defeat away to end their continental journey.

When they failed to proceed past USM Alger in the 2019/20 Champions League campaign, they dropped to the Confederation Cup and landed DC Motema Pembe as their play-off opponents.

A 1-1 home draw and a 2-1 loss in Kinshasa halted their ambition of an advanced campaign at continental level once more.

Ghana midfielder Asamoah opens up on Serie A ambition with Cagliari

Thu Feb 11 , 2021
Ghana international Kwadwo Asamoah reveals he is aiming for the Italian Serie A title with new club Cagliari. The utility man joined The Islanders last week, signing a short-term deal which expires at the end of the season. He joined the club as a free agent, having been unattached since […] 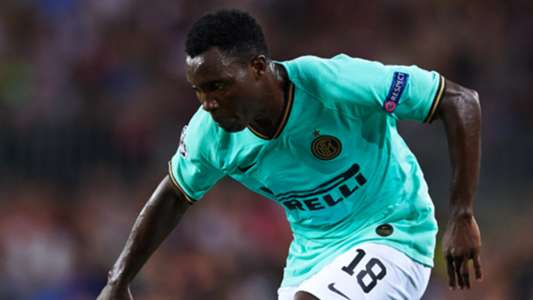