Steven Polack has explained why he feels Gor Mahia still stand a chance of progressing to the group stage of the Caf Confederation Cup despite losing their first leg match to Napsa Stars at home on Sunday.

The Kenyan champions came up against the Zambian pensioners at Nyayo Stadium seeking a convincing win to take to the return leg but it was not the case as Daniel Adoko punished them with a thunderbolt in the 86th minute for the 1-0 advantage.

The defeat has now put K’Ogalo in a precarious position of exiting the competition as they have struggled to win away matches in Caf competitions.

Polack, who was in charge of Gor Mahia last season before he resigned, has now told Goal they can still make it to the group stage at the expense of Napsa Stars if they prepare well for the return leg.

“It’s just the first half of the tie played, they still have 90 minutes to play again,” Polack told Goal from his base in England. “So they have to prepare well during the week and work on improving their game defensively and in the offence and also be mentally ready.

“Football is all about scoring goals and they are only one goal behind, so it’s not over yet, they still stand a good chance to make it through to the group stage.”

In a previous interview, former Gor Mahia defender David Owino, who featured for Napsa Stars during the match, refused to rule out Gor Mahia from overturning the first leg result when the two sides face off in the return leg after a fortnight.

“It was a tough game and I must laud my teammates for sticking to the game plan throughout,” Owino continued. “Our plan was to remain compact and take a chance and luckily it worked for us. The return game will not be easy; it will depend on how each team will prepare for the match,” Owino told The Star.

On his part, Gor Mahia striker Nicholas Kipkirui remained optimistic of getting a positive result in Lusaka by explaining to the same publication: “We should not be written off yet, we have a chance to beat them convincingly in Lusaka and advance to the group stage.”

K’Ogalo coach Manuel Vaz Pinto and his men must now do the business on February 21 to progress to the lucrative group stage of the lower-tier competition.

Fulham’s Lookman happy for Maja after goalscoring heroics against Everton

Mon Feb 15 , 2021
The Nigeria international capped his full Premier League debut with a brace that steered the Cottagers to victory at Goodison Park Fulham’s Ademola Lookman has expressed his delight for Josh Maja after the Super Eagles forward scored a brace in their 2-0 win over Everton in Sunday’s Premier League outing. After […] 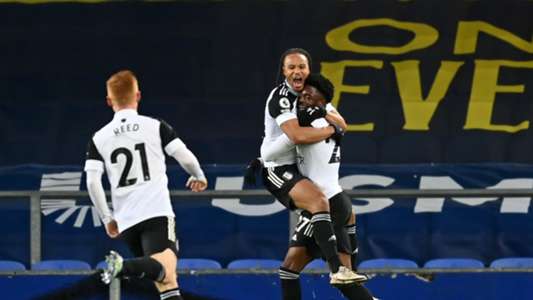