The Kenyan giants have scoffed at the impending ban from the African body, insisting they will pursue legal avenues if it happens

Gor Mahia have assured their fans they are keenly following the scenes which unfolded after their Caf Confederation Cup fixture against Napsa Stars in Zambia on Sunday.

Goal reported on Monday the Kenyan champions are facing a heavy fine and ban from Caf after their players attacked the match referee at the end of their return leg at National Heroes Stadium in Lusaka.

K’Ogalo, who suffered travel difficulties before arriving in Lusaka just two hours before the game kicked off, were on the verge of qualifying for the group stage of the competition as they were leading 2-1 away against Napsa Stars of Zambia.

However, in injury time, South African referee Lebalang Mokete awarded the home team a penalty which was converted by veteran striker Emmanuel Mayuka for a 2-2 draw, and thus the Zambians qualified 3-2 on aggregate having won the first leg 1-0 in Nairobi.

The penalty was awarded after Gor Mahia defender Geoffrey Ochieng tackled the advancing Jimmy Mukeya, and the decision angered the visiting side, whose players protested before it was taken.

And since it was the final kick of the game, Gor Mahia players then descended on referee Mokete, and according to a top club official, who did not want to be named Caf, immediately promised to look at the incident again and could ban the club for a long period of time and award them a heavy fine.

Gor Mahia have now responded to the matter in a signed statement from the club’s secretary-general Sam Ochola and have defended their players from the scenes which followed after the match, insisting they will take legal redress to address the matter.

“On the reported possible ban by Caf for skirmishes mentioned, we are alert and will pursue all the legal avenues to address the matter that arose, since it was not our fault,” Ochola said in the statement obtained by Goal.

“We didn’t just walk away from all these happenings, we sat down together with Zambia federation, our federation’s representative, head of our delegation, [myself], and all other stakeholders and we deliberated on the matter.

“We hope nothing punitive would befall our team on this.”

Gor Mahia have also taken their time to hail their players for defying the odds and almost winning the game, saying they made the country proud.

“To our players who defied all the odds, we say thank you for your outstanding display, you made us proud and you stood tall at the hour of need,” Ocholla continued.

“Thank you so much, lets now focus on the league to make it 19 titles this season because we’ll be back in continental football after fixing our nagging problems, a mission we have embarked on today [Tuesday].

“To our fans who have always stood with the team, you are great and your concerns, prayers and support has been registered and action has begun to forestall future embarrassments and develop our registered milestones.”

Gor Mahia will now shift their focus to the FKF Premier League, where they have a mid-week clash against Posta Rangers on Wednesday. 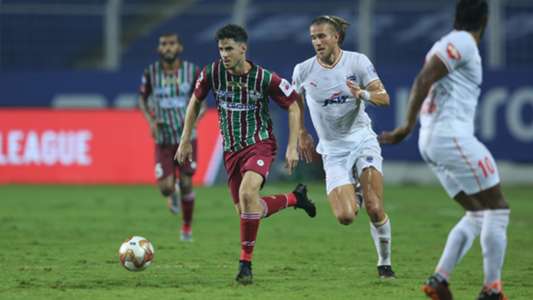