Gor Mahia have finally left for Zambia to face Napsa Stars in their Caf Confederation Cup playoff fixture on Sunday.

The Kenyan champions have been stranded in the country since Friday after their planned trip was aborted owing to what they termed as ‘logistical problems.’

However, the team has finally hit the skies to Lusaka for the return leg fixture of their qualifier which will be played at National Heroes Stadium in Kinshasa at 16:00.

Gor Mahia team manager Jolawi Abondo confirmed to Goal they have finally secured air tickets and were already on board to Zambia.

“We have finally secured tickets are boarding now, in few minutes will hit the runaway for Zambia,” Abondo told Goal on Sunday.

However, Goal now understands more trouble is awaiting the team in Zambia after it emerged their efforts to have the game postponed to Monday have already been turned down by Napsa Stars.

A source privy to the situation has told Goal the club had written to the Pensioners, requesting to have the game played on Monday so that they are able to do the mandatory Covid-19 tests as per Caf regulations before playing the fixture.

“Gor Mahia wrote to Napsa Stars as they tried to secure tickets for the trip and they have responded back saying it will not be possible to postpone the game,” the source, who did not want to be named, told Goal on Sunday.

“It means Gor Mahia are not out of the woods yet because they must do Covid-19 tests and also play the game today [Sunday], I am not sure if they can have the tests done and results released in two hours, it might not be possible.”

The source further added that despite Gor Mahia making it to Zambia, they might end up giving a walkover.

“It is possible a walkover is looming because without valid Covid-19 certificates, the game will not start, so most probably the match officials will be forced to hand a walkover to Napsa Stars,” the source concluded.

Gor Mahia are facing a tall order having lost the first leg at Nyayo Stadium 1-0 a week ago.

Sun Feb 21 , 2021
The Mailmen have won just one out of 12 league games, losing four in the process, but the skipper is confident things will soon change for the better Posta Rangers captain Joseph Mbugi is confident the team will rise and meet their set targets in the league despite a recent […] 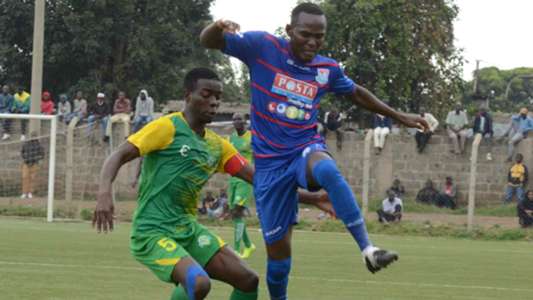