The Buccaneers will be looking to make it three wins in a row when they face Galaxy in the play-off round first-leg match at National Stadium in Gaborone, Botswana.

Lourenco, who was born in Johannesburg, captained the Pirates’ reserve team, before being promoted to the first team in July, 2018, but he was released by the club at the end of the 2018/2019 season without making his senior team debut.

The 25-year-old remained clubless until he joined Botswana champions, Galaxy in October 2020 and he has now opened up about life in the Southern African country.

“Oh yes‚ that’s been part of the plan to come here [Botswana] and play in the Champions League and be seen by PSL clubs‚” Lourenco told Sowetan.

“Everything has been going according to plan so far and hopefully soon I will be back in the PSL.

“I’m trying to look at Sunday’s game as just another game. I don’t want to put pressure on myself and try to prove anything because that’s when mistakes happen.”

“I’m just taking it as another game and another chance to improve myself and get more minutes under my belt and help the team progress to the next stage,” he continued.

“It’s very difficult because we don’t have any official games. We haven’t been able to play a lot of friendlies because there are too many protocols and regulations that we have to follow.

“Travelling and testing are very costly for the teams when they’re preparing just to play a friendly and that can’t be easy when you don’t have games that are coming soon,” he added.

“The PSL is watched quite religiously here. I haven’t been watching a lot of it myself but I’ve watched Pirates and Sundowns and all the bigger games.

“But I can’t say much about their [Pirates’] form because I also think form means little going into this game.”

Why does it matter & what’s the bigger picture? Galaxy are winless in their last three competitive matches on the continent having recorded one draw and two successive defeats including a 2-0 loss to Mamelodi Sundowns at home in the Caf Champions League.  On the other hand, Pirates snapped their two-match winless run on the continent when they defeated Angola’s Sagrada Esperanca 1-0 in the Caf Confederation Cup clash in December 2020.  Pirates’ last trip to Botswana was in February 2010 and they were held to a 0-0 draw by Gaborone United, who went on to eliminate the Buccaneers from the Champions League following a 2-2 draw in the second-leg game in Port Elizabeth.  The winner on aggregate between Galaxy and Pirates will advance to the group stage of Africa’s secondary club competition, the Confederation Cup.  Further reading

Sat Feb 13 , 2021
Some players will not be able to represent the country at the women’s competition after withdrawing for varying reasons Four players have pulled out of Nigeria’s 23-woman squad for the 2021 Turkish Women’s Cup in Alanya, Goal can exclusively report.  The affected players are Atletico Madrid striker Rasheedat Ajibade, Paris […] 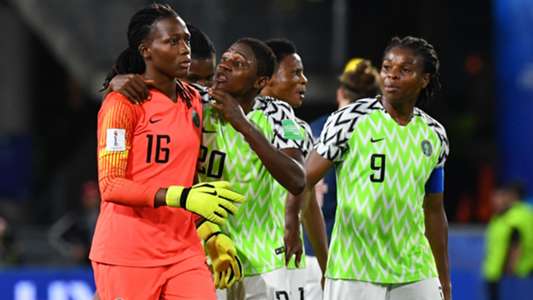