The Zambian government has turned down a request by Napsa Stars to allow 4,500 fans to attend their Caf Confederation Cup match against Gor Mahia on Sunday.

According to a statement on the club’s social media pages, despite them writing to the Ministry of Health seeking to have 4,500 fans attend after Caf agreed to their request, the Ministry is yet to grant them the same and hence only 200 fans will be allowed at National Heroes Stadium in Lusaka to watch the return leg fixture.

“We regret to announce despite Caf allowing us to have 4500 fans to attend our match against Gor Mahia tomorrow [Sunday], the Ministry of Youth Sports and Child Development has not granted our request to allow those 4500 fans,” read the statement from Napsa Stars.

“Instead, the initial 200 fans will be allowed. Kindly note if you are among the few that managed to purchase the tickets you will be allowed at Heroes Stadium, and you will be required to strictly adhere to Covid-19 protocols of maintaining social distance, masking up, and sanitizing.”

The statement concluded: “Furthermore, be reminded the game will be live on Zambia National Broadcasting Cooperation.”

During the first leg staged at Nyayo Stadium, fans were not allowed to attend with only essential workers, including journalists and elected officials from the two clubs, having access to the match venue.

The Kenyan champions are already facing a tall order to qualify having lost the first leg 1-0 at home a week ago.

It was Daniel Aboko who powered home the lone goal with four minutes left to the final whistle after his powerful shot from outside the box sizzled past Gor Mahia’s defenders and beat keeper Boniface Oluoch.

The goal complicated matters for K’Ogalo as they travel for the return leg but Portuguese coach Carlos Manuel Vaz Pinto has put on a brave face, insisting the record Kenyan giants are still capable of turning around the first-leg deficit and return home with a qualification berth.

Gor Mahia were scheduled to travel to Lusaka on Friday but their travel arrangements were marred by hiccups and are now set to take off on Sunday.

On the other hand, Napsa Stars arrived in Nairobi four days before the matchday and their preparations are a stark contrast to Gor Mahia’s.

K’Ogalo were relegated to the Confederation Cup after they lost to CR Belouizdad in the Champions League while Napsa Stars defeated UD Songo of Mozambique in the first round of qualifiers.

Sat Feb 20 , 2021
The 19-year-old academy graduate has taken in over 2,300 minutes of football this season, but his manager has no plans to rein him in Mikel Arteta has vowed not to put the brakes on Bukayo Saka’s development at Arsenal despite the 19-year-old facing the threat of burnout in his second […] 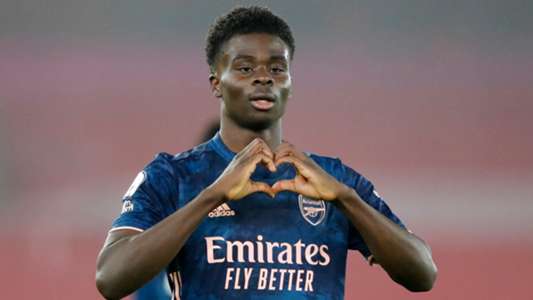