Boniface Pawasa has challenged Simba SC to deploy the services of a careful attacking midfielder if they are to make it to the quarter-finals of the Caf Champions League.

The Msimbazi giants have already left for their opening fixture in the competition as they are scheduled to take on AS Vita Club of the Democratic Republic of the Congo in Kinshasa on Friday.

“In international matches, it is important to have a strong attacking midfielder and who can have the ability to stay with the ball for a long time which will reduce the attack on their side,” Pawasa said as quoted by Sokalabongo.

“In the way, I have seen the Simba squad with Tadeo [Lwanga] there is still something needed for the attacking midfielder as the world of football has changed.

“I have seen Lwanga and I can see he is still struggling but he has not been at his best. I know the players from Uganda are very strong people so it is a matter of waiting and seeing how it can be but for now, he must stand up and produce his game.”

Simba’s squad of 27 players left for DR Congo on Tuesday with captain and lead striker John Bocco among the players left behind alongside new signing Perfect Chikwende.

Bocco, who has been struggling with injury, was dropped by coach Didier Gomes Da Rosa while Chikwende was not included as he is not eligible to feature having turned out against the Msimbazi giants for FC Platinum of Zimbabwe in the second round of the competition.

Chikwende scored against Simba for Platinum in the first leg clash staged at National Sports Stadium in Harare but Simba returned home to hammer the Platinum Miners 4-0 and advance to the group stage of the competition on a 4-1 aggregate scoreline.

However, Ghanaian forward Bernard Morrison, who missed the two-legged clash against Platinum due to injury, has been included in the squad, as is the new signing from Uganda – Tadeo Lwanga.

Simba will be taking part in the group stage of the competition for the third time in history and have been drawn in Group A alongside defending champions Al Ahly from Egypt, Vita Club from Congo, and Al-Merrikh from Sudan.

After playing against AS Vita, they will return home for their second group match against Al Ahly at the Benjamin Mkapa Stadium on February 23. 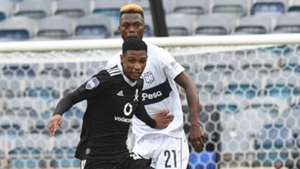