Simba SC midfielder Francis Kahata is delighted with the 1-0 win the team got away to AS Vita in Group A of the Caf Champions League on Friday night.

After struggling in the first 45 minutes, Wekunudu wa Msimbazi came into the second half as a much-improved side and prevented the Congolese from playing as freely as they did. They were eventually rewarded in the 60th minute.

Clatous Chama managed to get into a good position and cut the ball back to Luis Miquissone. The Mozambican’s effort was blocked by Ousmane Ouattara’s hand and the referee awarded the visitors a penalty.

Chris Mugalu held his nerve to send Simon Omossola the wrong way and give his team what turned out to be the winning goal.

The Kenya international admits the game was tough, but he has explained why it was essential for the East Africa heavyweights to get a decent result away in the Democratic Republic of Congo.

“It was a good start considering it was our first game in the group away,” Kahata told Goal on Monday.

“The game was not an easy one, it was tough. But getting three points is what we had gone for and everybody is happy we managed to do that. The win sets a base for our forthcoming assignments in the competition.

“We want to go far this season and the result was what we needed.”

In the 2018/19 season, Wekundu wa Msimbazi suffered a 5-0 loss against the DR Congo heavyweights.

“It was a good moment for all the players and supporters as well because the last time the team suffered a heavy loss at the same venue,” Kahata continued.

“The win was good revenge for us, a good start which we all needed, and a motivation to the technical bench and players as well.”

Wekundu wa Msimbazi lead the group with maximum points which came from the win over the Black Dolphins. They are targeting to reach the semis this season.

Mon Feb 15 , 2021
The Gabonese captain led the Gunners rout against Marcelo Bielsa’s side at the Emirates Stadium on Sunday Arsenal captain Pierre-Emerick Aubameyang said his first Premier League hat-trick against Leeds United has brought relief to him after enduring a difficult period. The 31-year-old, on his first start since he returned from […] 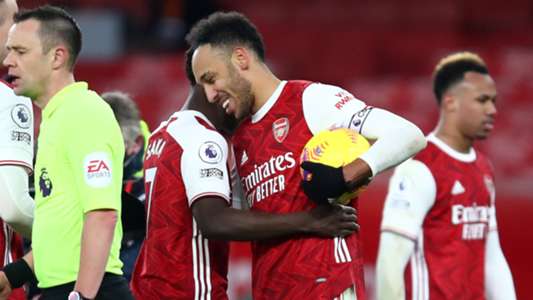