Simba SC have vowed to deal with any team they are drawn to face in the next round of the Caf Champions League.

The Msimbazi giants reached the quarter-finals of the competition after topping Group A, which also had African champions Al Ahly, AS Vita Club of the Democratic Republic of the Congo, and Al Merrikh of Sudan.

Simba, led by coach Didier Gomes Da Rosa, wound up their group fixtures with a 1-0 defeat against Al Ahly, but that result did not deny them top spot, as they had already accumulated 13 points, while the Egyptian giants finished second on 11 points.

As they await the draw for the quarter-finals, Simba media officer Haji Manara has warned they are prepared to face any team they will be drawn against, and further spoke of their targets for the season on the continental stage.

“We created a lot of chances to score goals against Al Ahly but we did not have luck on our side against them, however, truth be told, we were the better side in the match,” Manara wrote on his social media pages.

“We don’t care whom we will be drawn to face, whoever comes against us, we are ready to deal with them, secondly, we have already set the targets we want to achieve in the competition and that is what we are looking at.”

In a previous post, Manara bragged Simba were among the best ten teams in Africa after managing to finish ahead of Al Ahly in the group matches.

“So far we are now rated among the top ten best teams in Africa and it is not me saying, but simply statistics after our heroics in the group stage matches,” Manara wrote.

Simba started their group matches with a 1-0 away win against AS Vita in DR Congo before they returned home to shock Al Ahly 1-0 and then travelled to Sudan where they secured a 0-0 draw against Al Merrikh.

Al Merrikh then travelled to face Simba at Benjamin Mkapa Stadium where they suffered a 3-0 thumping and Simba then beat AS Vita 4-1 – it was the first time they conceded a goal in the group.

On Friday night, the Mainland Premier League champions suffered their first defeat in the group after losing by a solitary goal to Al Ahly away in Cairo.

Sat Apr 10 , 2021
The Red Devils skipper is looking forward to locking horns with an England colleague and has reiterated a desire to secure major silverware Manchester United captain Harry Maguire has sounded a “may the best man win” battle cry ahead of a meeting with Tottenham striker Harry Kane on Sunday, with […] 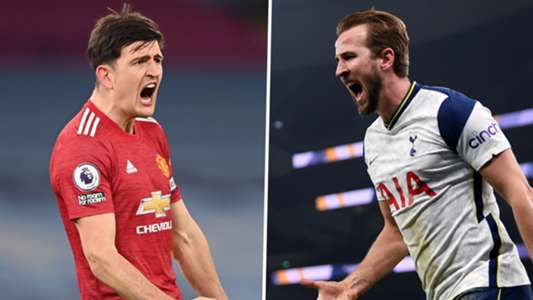