Confederation of African Football has allowed 30,000 fans to attend the Group A Caf Champions League match between Simba SC and Al Ahly on Tuesday.

The Tanzanian champions will face the African champions in their first-round meeting at Benjamin Mkapa Stadium and according to Simba spokesman Haji Manara, Caf has accepted their request to have fans attend the match.

“For those purchasing tickets they must do so by the end of Monday night since from Tuesday, which will be matchday, the tickets will increase in price with those for the terraces going for Tsh5,000, VIP B Tsh20,000 and VIP A Tsh40,000.”

On Friday, Simba formed a rallying call by coining ‘Total War in Dar’ as their slogan ahead of the key game.

The Msimbazi giants opened their group campaign with a vital 1-0 away win against AS Vita Club of the Democratic Republic of the Congo while the African champions cruised to a comfortable 3-0 win against Al Merrikh of Sudan.

The Egyptian giants, led by South African coach Pitso Mosimane, were yet to start their group stage fixtures as they were taking part in the Fifa Club World Cup held in Qatar, where they managed to clinch a bronze medal.

For Simba, it was Congolese forward Chris Mugalu who delivered the three points after stepping up to score from the penalty spot for the 1-0 win while Al Ahly benefited from Mohamed Magdy Afsha, Walter Bwalya, and Mahmoud Kahraba’s goals to move top of the group, but on goal difference.

Sat Feb 20 , 2021
The veteran tactician calls on the Kasasiro Boys not to underrate the struggling side when they face off in a league match Kampala City Council Authority coach Mike Mutebi has maintained a cautious approach as they come up against struggling MYDA FC in a Ugandan Premier League match on Saturday. […] 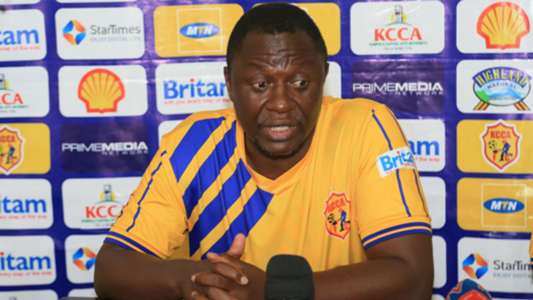