Simba SC players have been rewarded for their win against AS Vita Club in their first group match of the Caf Champions League season.

Goal can exclusively reveal the 27 players who made the trip to the Democratic Republic of the Congo for the match have all been rewarded, with those who featured in the game getting Tsh10million while those who were not used pocketing Tsh5million.

A source within the club, who did not want to be named, has confirmed to Goal the players were indeed given the token of appreciation when the team arrived from Congo on Monday.

“Before the match, in Congo, the team’s top brass put on the table some of the incentives the players will get if they win the match and this included cash rewards, and I can confidently tell you all the players who travelled to Congo have been rewarded,” the source told Goal on Tuesday.”

“The cash reward is not the same because those who played in the match have received a bigger share [in terms of the amount given] than those who never played, but the bottom line is all the players have received the cash token.”

Before the match which was played at Stade des Martyrs in Kinshasa, Simba CEO Barbara Gonzalez confirmed they had motivated the players to win the match and even said they will receive cash awards if they do the country proud by winning the game.

“From our end, we have planned ourselves very well, you know my work is to make sure the technical bench gets the best so they can give us good results,” Gonzalez told Simba Online from Kinshasa.

“We have started with encouraging the players to get ready for the match, we have given them good bonuses, we have done it already and I don’t want to reveal the amount of money each player received, but we have boosted their confidence with bonuses.

“We have also prepared them psychologically to understand their opponents by giving them all they needed, we have secured videos of our opponents playing in their last five matches and the technical bench has been using the same to analyse them and it means from our side we have done our job.”

Congolese import Chris Mugalu was the hero for the Msimbazi giants as he notched the only goal of the game in the second half to sink the home team and help his side move top of Group A.

Simba will now face Egyptian giants Al Ahly in their next group match on February 23 at Benjamin Mkapa Stadium in Dar es Salaam.

Tue Feb 16 , 2021
The Glamour Boys are also scheduled to face SuperSport United in a PSL match on Saturday Kaizer Chiefs have informed the Caf that they cannot honour their upcoming match against Moroccan giants Wydad Casablanca. This comes after Africa’s football governing body announced that the Champions League Group C match between the two teams will be played […] 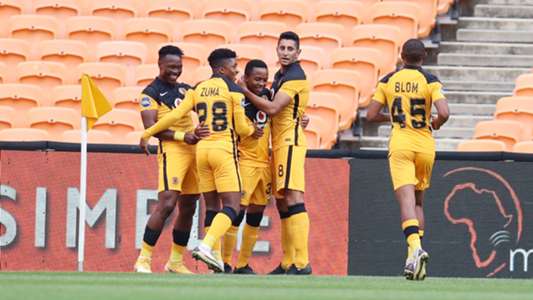