Simba SC coach Didier Gomes Da Rosa has expressed his satisfaction with the squad after they managed to lift the Simba Super Cup in Tanzania.

The Wekundu wa Msimbazi were crowned champions of the competition despite a 0-0 draw against Tout Puissant Mazembe of the Democratic Republic of the Congo in the final match played at Benjamin Mkapa Stadium in Dar es Salaam on Sunday.

The hosts were handed the trophy by virtue of having beaten Al-Hilal of Sudan 4-1 in the opening match and thus their head-to-head record was better than the Sudanese side, who had beaten TP Mazembe 2-1 in their opening fixture.

The tournament also gave new Simba coach Da Rosa the opportunity to gauge his squad and he has admitted they are now ready to conquer the Caf Champions League and also retain the Mainland Premier League title.

“I am very happy to all my players for giving their best and I think we are on a good way to continue our campaign for both Champions League and Premier league assignments,” Da Rosa said as quoted by Daily News.

“This game against TP Mazembe was much better than the previous as we improved defensively and I can see a good future.”

On her part, Simba CEO Barbara Gonzalez revealed the main reason for staging the competition was to give the new coach a chance to examine his squad before they embark on their Champions League and league assignments.

“We have succeeded to build match fitness of players, see the performance of new players and also bring entertainment to people who came in their big numbers,” Gonzalez told the same publication.

“It was a great idea and beneficial to all the trio, teams which competed as they brought their full squads after qualifying to play in the group stages of the biggest club football showpiece on the continent.”

Simba will now prepare for the resumption of the league where they are set to start against Dodoma Jiji on Thursday before they take on Azam FC on Sunday.

“These are two tough games and we need to be thoroughly prepared for them all and be better placed on the league ladder,” Da Rosa further explained.

In the Champions League, Simba have been drawn to play defending champions Al-Ahly of Egypt, AS Vita from DRC Congo, and Sudanese giants Al-Merrikh in Group A.

Tue Feb 2 , 2021
The 11-time league champions are currently on top of the league table after collecting maximum points last weekend Tusker FC midfielder Luke Namanda believes it was important for his team to get maximum points against Mathare United in the Football Kenya Federation game played on Sunday. The two former champions […] 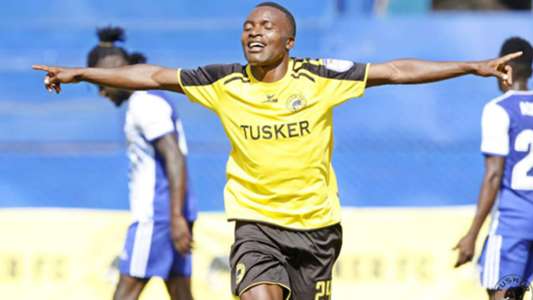