The Msimbizi officials have once again tabled a cash incentive to the squad, should they beat the Red Devils in Khartoum

Simba SC management has for the third time offered cash incentives to the team, this time if they beat Al Merrikh in their Caf Champions League fixture on Saturday.

Ahead of their first Group A  match against AS Vita Club of the Democratic Republic of the Congo, Simba players were promised Tsh200m – which they received after beating the hosts 1-0 away in Kinshasa.

The Msimbazi giants were also offered Tsh200m if they beat Egyptian champions Al Ahly in Dar es Salaam for their second match – which they pocketed after they won the game 1-0.

Goal can exclusively reveal Simba management through chairman Mohamed Dewji have promised each player another Tsh200m as an incentive if they beat the Sudanese outfit away.

“The team management led by Dewji met players on Monday for a closed-door meeting and they openly told them each one of them will pocket Tsh200m if they return home with victory from Sudan,” a source in Simba, who attended the meeting and did not want to be named, told Goal on Wednesday.

The management feels the players deserve more [from them], they deserve to be boosted and such incentives will give them the result they want, and the players have promised they will deliver by beating Al Merrikh.”

On Tuesday, Simba coach Didier Gomez Da Rosa warned his players to prepare for a real fight against the Sudanese side.

“They have already lost twice and the last time it was at home but I know these players and the team very well, they are very dangerous at home and they have a squad of proud players who cannot allow losing three matches in a row in the competition,” Da Rosa told Goal on Monday.

“Al Merrikh is one of the biggest clubs in Africa and so we must be very serious, ready, and convinced that we have the quality, the ability, and the discipline to get a very good result there.

“But to be honest, it will be a very big fight because like I said Al Merrikh cannot accept to lose three times consecutively so we must be ready but you know what we have already done against Al Ahly and if we are able to play like we did [against Al Ahly] in Sudan, we have some clear hopes to win.”

Ahead of the match, Simba have received a major boost with doctors clearing goalkeeper Aishi Manula to travel with the team after he picked an injury during their Mainland Premier League match against JKT Tanzania on Monday.

Wed Mar 3 , 2021
The veteran Italian is well aware that he is approaching the latter stages of his illustrious career but says he could play on until 2023 Gianluigi Buffon has revealed that he could continue playing until 2023 although has not ruled out hanging up his gloves at the end of the […] 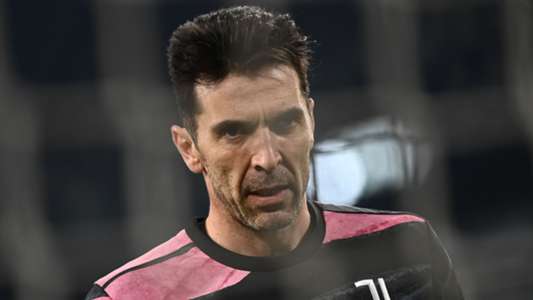