Simba SC have been placed in Pot 3 for Friday’s Caf Champions League group stage draw to be conducted in Cairo.

The reigning Tanzanian Mainland League champions qualified after an aggregate 4-1 win over Zimbabwean outfit FC Platinum. After a 1-0 loss away, thanks to a Perfect Chikwende goal, Wekundu wa Msimbazi hit back on Wednesday.

Erasto Nyoni put Simba ahead from the penalty spot in the 40th minute before Shomari Kapombe added the second in the 61st minute, John Bocco grabbed the third in added time and Clatous Chama made it 4-0 with seconds left to the final whistle.

As a result, the Msimbazi-based charges have now been placed in Pot 3 alongside Petro de Luanda of Angola, the winner between Sudanese outfit Al Hilal and Asante Kotoko of Ghana and MC Alger of Algeria.

Pot 1 is made up of Al Ahly of Egypt, Morocco’s Wydad Casablanca, Esperance de Tunis from Tunisia and Tout Puissant Mazembe from the Democratic Republic of Congo.

Zamalek of Egypt are in Pot 2 alongside Mamelodi Sundowns of South Africa, Horoya AC of Guinea and AS Vita Club of the Democratic Republic of Congo.

Kaizer Chiefs of South Africa, Sudan’s Al-Merrikh, Algerian outfit CR Belouizdad, and Teungueth of Senegal have been placed in Pot 4.

On Wednesday, Simba took the lead leading up to half-time when Nyoni scored from the penalty spot after Miquissone was brought down inside the box and they went into the break enjoying a 1-0 lead on the day, with the tie on level terms.

On resumption, Simba, who were cheered on by a mammoth crowd, then scored the second on the hour mark, this time Kapombe finishing off a cross from Chama.

It was Kapombe who set up the third goal for Bocco, who had just come on as a late substitute, to beat the Platinum keeper with a low shot.

With the referee checking his watch, Simba were not done yet as Chama drilled home the fourth goal after a defensive lapse inside the Platinum defence to ensure they booked their place in the group stage of the competition for the third time in history.

Thu Jan 7 , 2021
The former Red Devils striker sees no reason for Ole Gunnar Solskjaer to break the bank on a player who would not be guaranteed a starting place Jack Grealish is a “super player” says Andy Cole, but the former Manchester United striker is not convinced that Ole Gunnar Solskjaer needs […] 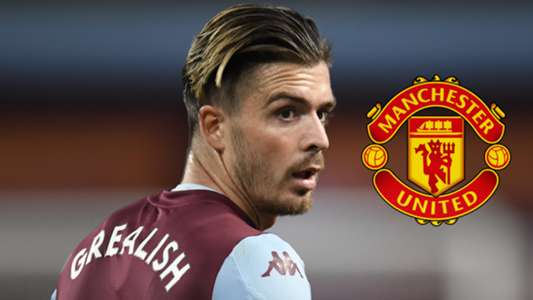