AS Vita Club coach Florent Ibenge has conceded Simba SC deserved to beat his team in the first match of the Caf Champions League group stage on Friday.

Despite playing at home, the Democratic Republic of the Congo side suffered a 1-0 defeat against the Msimbazi giants from Tanzania in their Group A fixture played at Des Martrys de la Pentecote in Kinshasa.

Zambian striker Chris Mugalu gave Simba the deserved win, which saw them move top of the group after he stepped up to convert from the penalty spot, sending AS Vita custodian Omossola Medjo the wrong way.

Ibenge has now admitted that Simba were the better side during the match as they mastered his plans and destroyed them.

“My team was the second best against Simba, we did not play how the way I would have wanted us to play and Simba took the advantage to punish us because they mastered the game very fast and dominated us,” Ibenge said as quoted by Sokalabongo.

“My players also failed to rise to the occasion, their performance was below per, none of my players tried to pick himself up, and it became difficult for us to counter them [Simba], they were good in all departments and deserved the win.”

Ibenge has further congratulated Simba for the win by stating: “I want to thank our opponents, for the display, but we still have a long way to go but the only problem we have is to lose at home, it is not good to lose at home, I will work to improve our finishing so that we can bounce back to winning ways in our next match.”

In an earlier interview, Simba coach Didier Gomez Da Rosa praised his players for the away win saying it had set them to a good start in their efforts to get out of the group and reach the quarter-finals.

“We are very happy and satisfied because my players put up the kind of game I had asked them to play,” Da Rosa told reporters after the match. “We have come here and returned home with a very important win.

“As I said before, these are kind of results we need to make sure we get out of the group stage and reach the quarter-finals and we exactly got that, so the win is very vital for us and it will have some impact when we close the group stage matches.

“I am happy for all the players, we created a number of chances despite playing away but I am happy we picked a win, against a team which beat us 5-0, the last time we met at the same venue, so this is an improvement from my lands and I am happy for them.”

Bbosa: Express FC target is to move top of the table after URA FC win 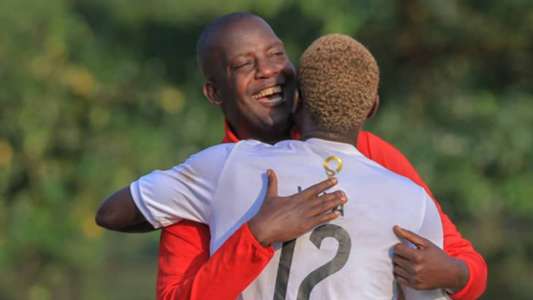