Dylan Kerr has explained why Simba SC stand a good chance to beat Al Ahly in their Group A match in the Caf Champions League on Tuesday.

The Msimbazi giants will welcome the Egyptian outfit for the first meeting of this campaign at the Benjamin Mkapa Stadium, after both teams having won their first group fixtures.

Simba won their opener 1-0 away against AS Vita Club of the Democratic Republic of the Congo while Al Ahly, who are the defending champions, beat Al Merrikh of Sudan 3-0 in Cairo.

Ex-Simba coach Kerr, who is currently based in South Africa, has told Goal Al Ahly are a very beatable side and Simba could easily carry the day if they prevent them from scoring and use their chances.

“I was just saying at home all Simba needs to do is to keep a clean sheet and score when they get a chance to,” Kerr told Goal on Monday. “Pitso [Mosimane] team has a good reputation but away from home, they’re always beatable.

“Away from home, it will be tough for them [Al Ahly] when we played against Esperance of Tunisia in the Confederation Cup, we should have won both games especially at home but we were so unlucky, and away is always tough.”

Kerr, who handled Simba during the 2015-16 season, has also singled out the club’s fans as the ones who will drive the team to victory against Al Ahly.

“Now that Caf has allowed 30,000 fans to attend the game, the fans will push them to victory,” Kerr continued.

“Simba fans are very amazing and buzzing, they don’t give up, they support their team from first to the final whistle, I know they will help them.”

On Friday, Simba spokesperson Haji Manara confirmed Caf had accepted their request to have fans attend the match.

“For those purchasing tickets they must do so by the end of Monday night since from Tuesday, which will be matchday, the tickets will increase in price with those for the terraces going for Tsh5,000, VIP B Tsh20,000 and VIP A Tsh40,000.”

Simba have also formed a rallying call by coining ‘Total War in Dar’ as their slogan ahead of the key game.

In the 2019 season, Simba and Al Ahly met in the group stage of the same competition, with Al Ahly winning the game played in Cairo 5-0 before Simba recovered at home to win 1-0 courtesy of a Meddie Kagere goal.

Mon Feb 22 , 2021
Prior to arriving in KwaZulu-Natal, the Cape Town-born midfielder had played 30 top-flight matches for the Citizens over two-and-a-half seasons AmaZulu coach Benni McCarthy is happy with the impact on-loan Cape Town City midfielder Zukile Kewuti has made with the Durban club. Kewuti worked under McCarthy during the former Bafana […] 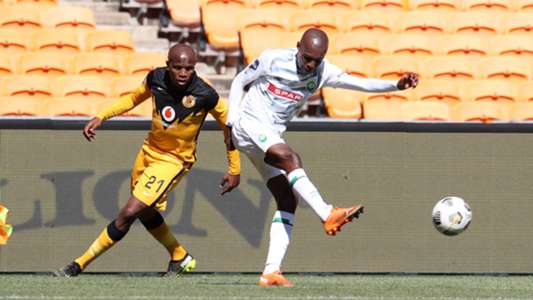