Gor Mahia chairman Ambrose Rachier has defended coach Carlos Manuel Vaz Pinto and their new signings after they suffered defeat against Napsa Stars in the play-off of the Caf Confederation Cup on Sunday.

The Kenyan champions failed to utilise home ground advantage as they suffered a 1-0 defeat against the pensioners at Nyayo Stadium to complicate their chances of reaching the lucrative stage of the competition.

It was Daniel Aboko who powered home the lone goal with four minutes left to the final whistle after his thunderbolt effort from outside the box sizzled past Gor Mahia’s defenders to beat keeper Boniface Oluoch all the way to the net.

After losing the match, several Gor Mahia fans used their social media platforms to attack the team’s management for the defeat claiming they had hired a coach who was not good enough for the team and also hit out at the team’s transfer scouts for signing foreign players who are not up to the task.

Rachier has now come to the defence of the Portuguese tactician, who was handling the team for the first time in continental assignment by explaining that the team was still on track adding that the coach and the new signings will soon prove the fans wrong.

“I have heard people saying we wasted money recruiting players but I can assure you we are on the right track,” Rachier said as quoted by Citizen Digital.

“Our new signings are quality players and very soon you will agree with me. As for our coach, I can promise he is experienced and will deliver, he only needs time with the boys.”

On the team’s defeat to Napsa Stars, Rachier said: “I admit the loss was unexpected and regrettable but we all understand football. It is either way. Even in big leagues in Europe, we have seen underdogs beating giants. Gor is not the first team to suffer a loss.”

Rachier has also asked club fans to appreciate the team’s past achievements saying it was wrong for them to pick on one result and start attacking players and the technical bench.

“Whenever we win, it is dance and celebrations,” Rachier continued. “We should bear with the boys also when they are beaten. I don’t hear of such comments whenever we win.”

Rachier is also confident Gor Mahia will overturn the first leg defeat and win their return leg set for Lusaka, Zambia on February 21.

'It's only one good result! - Liverpool must 'keep fighting' to save season after Leipzig victory says Henderson

Wed Feb 17 , 2021
The midfielder issued a rallying cry after the Reds got back to winning ways in the Champions League Liverpool must “keep fighting” to save their season after picking up a crucial victory over RB Leipzig says Jordan Henderson, who has stressed “it’s only one good result”. The Reds halted their three-match […] 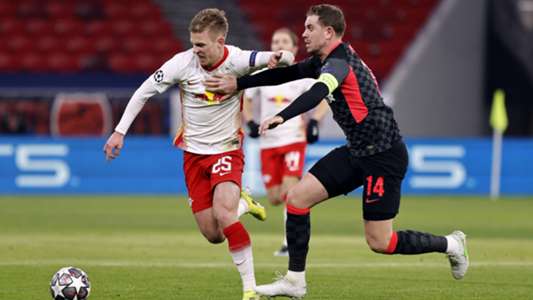