Gor Mahia stand-in coach Sammy ‘Pamzo’ Omollo has confirmed striker Tito Okello will not be available to face CR Belouizdad in the return leg of the Caf Champions League on Wednesday.

The South Sudanese striker has not trained with K’Ogalo since the team lost 6-0 to the North African giants in the first leg played on December 26 at Stade du 5 Juillet 1962 Stadium in Algiers.

“I think so far we don’t have any major injuries but Tito [Okello] is not with us because since the first leg he has never trained and I understand he is down with malaria so he is one guy I will not use tomorrow [Wednesday],” Omollo told Gor Mahia TV.

“Then, of course, Bernard Ondiek also, long-term injury and he was not with us in Algeria so those are the main concerns we have in terms of players.”

On the return of captain Kenneth Muguna, who missed the first leg fixture owing to injury, ‘Pamzo’ said: “I like how Muguna trained because when we went to Algeria he was not there but I saw him yesterday [Monday], and today [Tuesday] he looks sharper and he looks hungry to perform on Wednesday.

“So definitely I hope he is going to play tomorrow [Wednesday] and I hope he will be the match-winning changer.”

On how the team has prepared for the fixture, Omollo said: “I think so far I am happy with the preparations, I think we have had two serious days of preparations starting yesterday [Monday] then, of course, I am happy that everybody is there and ready to get something from the tie.”

During the first leg played at Stade du 5 Juillet 1962 Stadium, goals from Amir Sayoud, who scored a hat-trick, Hamza Bellahouel, Larbi Tabti, and Maecky Ngombo were enough to put Belouizdad on course to qualify.

Omollo has, however, admitted it will be difficult to overturn the first leg defeat but pointed out a win against the North African giants will boost their morale ahead of the Confederation Cup fixtures.

“We don’t have any pressure, I have spoken to the boys and urged them to enjoy the game, of course, it will be very important for us if we can get a good result and of course it will be a very good platform also if we are going to drop to the Confederation Cup, it will give us that opportunity to prepare more than before, than how we prepare for the Champions League.”

The Kenyan champions qualified for the next phase after they managed to secure a 4-3 aggregate win against APR of Rwanda in a two-legged affair.

The Rwandan champions came into the return leg with a 2-1 advantage from their first leg meeting in Kigali, but could not withstand the pressure as Gor Mahia scored two quick goals in added time to win 3-1 to advance.

CR Belouizdad reached the next round after a 4-0 aggregate win against Al Nasr of Libya. The Algerian champions won the first leg away in Tripoli 2-0 and returned home to complete the job with another 2-0 win.

Wed Jan 6 , 2021
The Napoli frontman had a fruitful 2020, and should have an even bigger year in Serie A The annulment of Ligue 1 last season meant Victor Osimhen probably left Lille with a tinge of sadness at having ‘unfinished business’ in the French top flight. The young forward returned to one […] 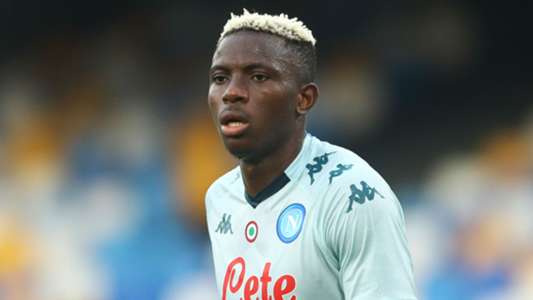