The Confederation of African football has confirmed the Caf Champions League Group C postponed match between Wydad Casablanca and Kaizer Chiefs will be played at a neutral venue on a date to be announced.

The two sides were due to clash on Saturday in Casablanca but Chiefs failed to travel after they were denied Moroccan visas.

Morocco is not allowing in travellers from South Africa due to the coronavirus new strain.

“As a result of the stricter travel restrictions imposed on South Africa by some countries due to the Covid-19 pandemic, we have experienced more difficulties to organise matches in South Africa,” Caf secretary-general Abdelmounaim Bah wrote to Safa.

“We consider this as an extraordinary situation and as a result, the case was presented to the Caf Organising Committee for inter-club competitions which has recommended to replay the match in a neutral country that will be confirmed along with the date and kickoff time within the coming 24 hours.”

Chiefs could, however, be taking the postponement of their Champions League match as a blessing in disguise as they will have nine days off competitive action until their next match when they host AmaZulu on Wednesday for a Premier Soccer League clash.

This comes after coach Gavin Hunt on a number of occasions complained about crammed fixtures.

Chiefs reportedly used R1 million in preparing for the aborted trip to Morocco.

“Kaizer Chiefs can submit to Caf the justification of the financial losses they have incurred and we would present it to the concerned committee for their decision on who should bear the cost. We rely on your usual understanding and cooperation during this tough period where certain unforeseen measures need to be taken,” said Caf.

With Morocco strict on not permitting in travellers from South Africa, it is not yet clear if Caf presidential hopeful Patrice Motsepe and Safa president Danny Jordaan, as well as the rest of their delegation, will be allowed entry into Morocco for the Caf elections on March 12.

Angola is another country which does not encourage travelling between their country and South Africa which saw Sagrada Esperanca abandoning their trip to Orlando Pirates for a Caf Confederation Cup assignment.

Sun Feb 14 , 2021
Regardless of what happens at the African youth championship, the target is to build for the Lions of Chinguetti Mauritania U20 coach Mauril Njoya says his ambition is to help a squad that would become an asset to the country’s senior national team. The West African country are hosts of […] 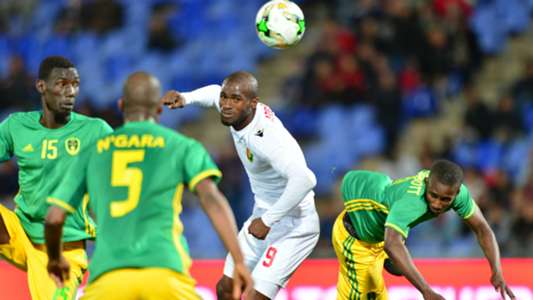