Gor Mahia stand-in coach Sammy ‘Pamzo’ Omollo has admitted it is mission impossible when they take on CR Belouizdad in the return leg of the Caf Champions League at Nyayo Stadium on Wednesday.

The Kenyan champions will be seeking to overturn a 6-0 defeat suffered in the first leg played in Algiers on December 26 to stand a chance of reaching the group stage of the competition for the first time in history.

During the first leg played at Stade du 5 Juillet 1962 Stadium, goals from Amir Sayoud, who scored a hat-trick, Hamza Bellahouel, Larbi Tabti, and Maecky Ngombo were enough to put Belouizdad on course to qualify and Omollo has now revealed he only wants his players to enjoy themselves against the North Africans and get a win to boost their morale for future Caf matches.

“We don’t have any pressure, I have spoken to the boys and urged them to enjoy the game, of course, it will be very important for us if we can get a good result and of course it will be a very good platform also if we are going to drop to the Confederation Cup, it will give us that opportunity to prepare more than before, than how we prepared for the Champions League,” Omollo told the club’s TV.

“This is football, and we are going to compete, we want to give our best and I have told the players no matter the result we got in Algiers, we have to give our best and get a good result, everybody is geared to win, everybody is prepared to play and the commitment I have seen from the players is very high and I am very confident we are going to get a good result.”

Omollo, who guided the team past APR of Rwanda in the preliminary round of the competition, has also maintained, had the team trained well for the first leg, they would not have suffered the embarrassing 6-0 defeat.

“Personally I have learnt my lesson, Gor Mahia is a club I played for and there are some things that are still there when I talk about preparations I think we need to be serious with our preparations,” Omollo continued.

“Let me tell you if we had prepared well going to Algiers, then I don’t think we could have gotten that result, and we played a very good team.

“CR Belouizdad is a very good team, of all the Arab teams I have seen and played against it was a team with quality, that was a team on another level and you could see the way they were playing, especially the first 20 minutes that is something I have not seen even in European games.

The match will kick-off at 1300hrs at Nyayo Stadium.

Wed Jan 6 , 2021
The Kenyan champions will miss the services of their star striker as they seek to overturn the first leg defeat on Wednesday Gor Mahia stand-in coach Sammy ‘Pamzo’ Omollo has confirmed striker Tito Okello will not be available to face CR Belouizdad in the return leg of the Caf Champions […] 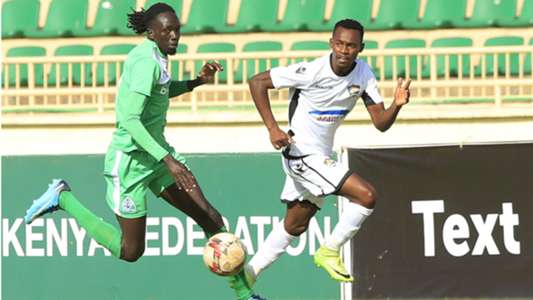