The Kenyan government has turned down a request by Gor Mahia to have fans attend their Caf Confederation Cup play-off first leg fixture against Napsa Stars on Sunday.

K’Ogalo through chairman Ambrose Rachier had written to the government to allow them have at least 10, 000 fans to cheer them on during the clash but in response, the government has turned down the request.

In a letter signed by Director-General for Health Patrick Amoth, the government has stated it will not be possible to have fans in the stadium owing to the Covid-19 restrictions that are already in place.

“The Ministry of Health is in receipt of your letter dated February 11, 2021, requesting for authority to have 30% [thirty percent] attendance of fans [equivalent to 10, 000 fans] at Nyayo Stadium for a Caf Inter-Club football play-off between your club and Napsa Stars of Zambia on February 14, 2021,” read the letter from Amoth sent to Rachier and obtained by Goal.

“However, at a time when the country is still witnessing widespread community transmission of the disease and with the recent global emergence of new highly transmissible SARS-Cov-2 variants, with surge of cases in some countries in the region, such a large gathering of fans could potentially instigate a resurgence of cases and deaths.

“Restriction on gatherings remains a key measure to curtail the transmission of Covid 19.”

The statement continued: “You may also recall that in launching the guidelines for the resumption of sporting activities during the Covid-19 pandemic in the country the presence of spectators in all sporting venues was discouraged.

“In view of the above, your request cannot be supported until further guidelines on the presence of spectators in sporting events has been issued.

“We thank you for your continued understanding and cooperation in the fight against the pandemic.”

Earlier on, FKF CEO Barry Otieno told Goal fans will not be allowed to attend the match.

“We would have loved to have the fans but it will not be possible,” Otieno told Goal on Saturday. “We will not be able to allow fans because of the obvious reason, Covid-19 restrictions.

“The only persons who will be allowed to enter the venue are journalists and club officials for both Gor Mahia and Napsa Stars, we are not able to accept more fans as that will mean we have broken the government rules.”

Gor Mahia will enter the venue seeking a convincing win that they can take to Zambia for the return leg in a fortnight.

Sat Feb 13 , 2021
The former Juventus coach exchanged insults and gestures with his old boss but has apologised for the way he reacted Inter coach Antonio Conte has apologised for his part in the touchline quarrel with Juventus president Andrea Agnelli during the midweek Coppa Italia match. The two sides drew 0-0 in the semi-final […] 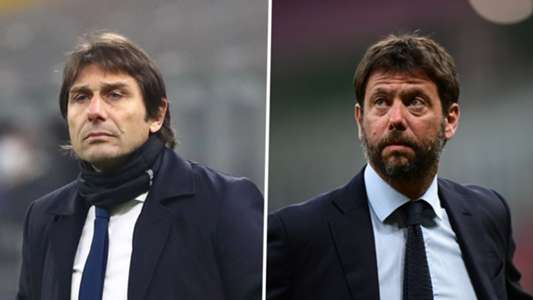