The Football Kenya Federation (FKF) has insisted no letter from Caf sanctioning Gor Mahia to stream live their Caf Champions League match against CR Belouizdad on Wednesday was received.

According to Gor Mahia, Caf gave them the green light to stream the return leg clash played at Nyayo Stadium, but the FKF maintained they had not been cleared to do so and thus the game was not screened live.

FKF president Nick Mwendwa has told Goal they did not receive any letter from Caf indicating they had allowed Gor Mayia to screen the match on their social media platforms, and further wondered why the African body would be dealing directly with clubs and not the federation.

“We don’t have any letter from Caf stating Gor Mahia should stream live the match,” Mwendwa told Goal.

“In fact, Gor Mahia should give us a copy of the letter, I don’t understand since when did Caf start dealing with clubs directly without involving the federation?”

Mwendwa further maintained they had acted within the law to deny Gor Mahia access to stream the game which later ended 2-1 in favour of the North African giants.

“When did Caf start talking to Gor Mahia directly?” he asked.

“We have not received any letter from Caf, and if Caf wants them to stream the game live, they will write to us but if they communicated to them directly, then we are not aware.”

Gor Mahia were forced to write directly to Caf through chairman Ambrose Rachier after the FKF denied them access, with their letter to the African body and obtained by Goal stating: “We write to request the authority to live stream the said match strictly online and not on national TV station.

“We had presented the request through the match commissioner at the pre-match technical meeting held in Nairobi on Tuesday and we are yet to officially obtain the direct go ahead, our technical team is already at the match venue waiting for the authority to proceed to layout the equipment ahead of the 3 pm kick-off time.

“We are looking forward to your favourable consideration so that our fans, who are barred from attendance due to the Covid-19 conditions can have a chance to view the match.”

Caf then responded through commercial director Ali Aissaoui, who stated: “Kindly note the rights for the said game are not centralised and belongs to the club hosting the game.

“Therefore, we do not have any objection to your request, and should such a game be indeed broadcasted, would you be kind enough to communicate the live streaming link?”

In their letter to Gor Mahia denying them access to the live coverage signed by CEO Barry Otieno, the FKF said: “Reference is made to your letter dated January 5, 2021, informing the federation of Gor Mahia’s intention to live stream the Caf Champions League match no. 76 Gor Mahia vs CR Belouizdad, scheduled for January 6, 2021.

“In this regard, and further to Caf guidelines on the broadcast of Caf competitions, the federation has regrettably been unable to obtain a clearance from Caf for the match to be broadcasted, as the request by Gor Mahia was made outside of the provided Caf timelines.

“In light of the aforementioned, please be advised that live streaming of the said match will not be possible, unless with prior written consent from Caf.”

The game was, however, not streamed live as K’Ogalo went on to lose 2-1 and exit the Champions League on an 8-1 aggregate scoreline.

Wed Jan 6 , 2021
The 24-year-old is reportedly looking to force his exit from the Bosuilstadion after two-and-a-half years Cameroon forward Didier Lamkel Ze has tendered an apology to Royal Antwerp after he turned up to Tuesday’s training session in their rivals Anderlecht’s shirt. Lamkel Ze is reportedly trying to force a January move […] 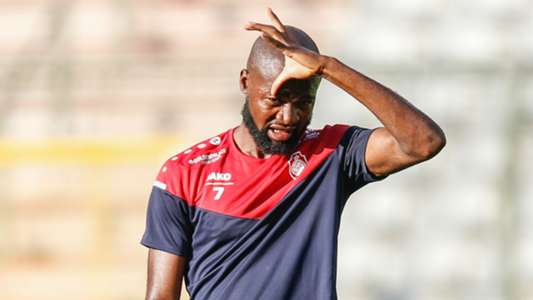