FC Platinum coach Norman Mapeza has stated they are in Tanzania to finish the job they started in Zimbabwe when they face Simba SC in a Caf Champions League match on Wednesday.

The Platinum Miners managed to secure a slim advantage from the first leg after they edged out the Wekundu wa Msimbazi 1-0 with the goal coming from Perfect Chikwende in the 17th minute at the National Sports Stadium in Harare.

Speaking to reporters after landing in Dar es Salaam for the return leg fixture set for Benjamin Mkapa Stadium, Mapeza has maintained their main task is to complete the job they started back home by eliminating Simba from the competition.

“We have come to do the same task of seeking victory and we are ready to get the win and qualify,” Mapeza told reporters at Julius Nyerere Airport.

“There is nothing else we need, all we know is our opponents are psychologically prepared and we know they are a tough team to play at home, we respect them but we are not afraid of them.

“We got a 1-0 win back home, we should have scored more but even the slim advantage is good for us because we will strive to score goals away, we will push them and the more they move forward, we have the chance to kill them off on counter-attacks.”

Asked on what style he will deploy against Simba, Mapeza explained: “Don’t worry, we know how to deal with them, I have been following their games and I know how to handle them, it will be a good game and our main target is to reach the group stage.”

On Wednesday, Simba sent a warning to Platinum after demolishing Ihefu FC 4-0 in a one-sided Mainland Premier League contest, with the goals coming from Mohamed Hussein, Meddie Kagere (two), and Chris Mugalu.

Simba coach Sven Vandenbroeck is confident they will turn the tables and claim a place in the group stages.

“We lost 1-0 away but we now have 90 minutes to battle and make things right,” Vandenbroeck told reporters in Dar es Salaam. “We know what to expect from our opponents and we are ready to make Tanzanians proud, we want to reach the group stage and we have to win the match.”

Last season, Simba failed to make it past the preliminary stage after losing on the away goals rule to UD Songo of Mozambique.

Antonio Habas: ATK Mohun Bagan were superior in the second half against NorthEast United

Sun Jan 3 , 2021
The ATK Mohun Bagan coach feels that the absence of fans in the stadiums is affecting the intensity of the football on show… ATK Mohun Bagan reclaimed their spot at the top of the Indian Super League (ISL) table after they cruised to a win against NorthEast United on Sunday. […] 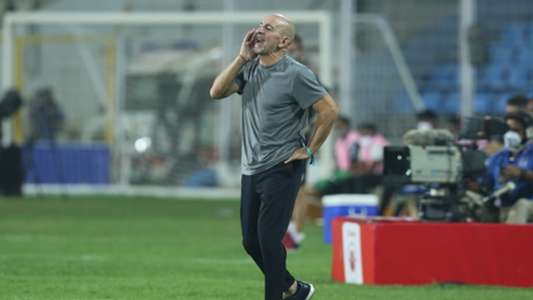