The Algerian club is hoping to host Masandawana in their second Group B game at Mkapa Stadium in Dar es Salaam, Tanzania on February 28.

This has been confirmed by the Tanzanian Football Federation (TFF) on Sunday.

Belouizdad also confirmed that they are planning to play host to Sundowns in Tanzania on the following statement:

“The administration received an official correspondence from the Tanzanian Football Federation confirming its agreement to embrace the confrontation on February 28 on the main stadium in Dar es Salaam,” a club statement read.

“Waiting for the final decision of the African Confederation Football in the coming hours.”

“The administration had messaged Tanzanian authorities through the Algerian Football Federation for the possibility of the match there.”

Sundowns were initially scheduled to face Belouizdad at Stade du 5 Juillet 1962 in the capital city of Algeria, Algiers on February 23.

However, Masandawana announced that their encounter with the current Algerian champions had been cancelled on Thursday.

This was after the Algerian Football Federation (AFF) requested a postponement due to medical restrictions in Algeria‚ whilst Sundowns were preparing for departure to Algeria.

The PSL champions also confirmed that they had made all the necessary arrangements and acquired visas in order to enter Algeria.

Sundowns will be looking to make it two successive victories in Group B if they do take on Belouizdad in the East African country.

While Belouizdad managed to hold one of the tournament favourites, TP Mazembe of DR Congo to a 0-0 draw at Stade TP Mazembe on the same day.

As a result, Sundowns are sitting at the top of the Group B standings as they look to go all the way this season and clinch their second Champions League title.

Santos vs Fluminense: How to watch Brasileirao Serie A matches

Sun Feb 21 , 2021
The Peixe are looking for a third straight win in the Brasileirao in order to strengthen their bid for a Libertadores berth The Campeonato Brasileirao Serie A is the top level of soccer in Brazil and has been the breeding ground for some of the world’s greatest players including Pele […] 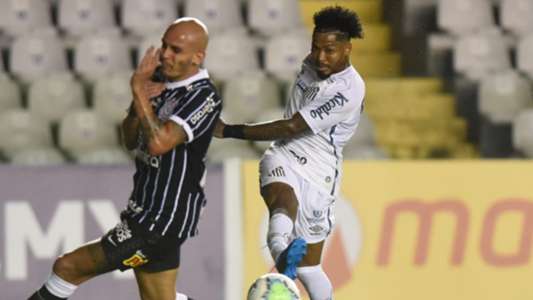