Simba SC captain John Bocco has been left out of a 27-man squad for their first match in the Caf Champions League group stage against AS Vita Club on February 12.

According to the list of players travelling for the first round meeting and obtained by Goal, Bocco, who has been struggling with injury, has been dropped by coach Didier Gomes Da Rosa, with the team set to leave for the Democratic Republic of the Congo on Tuesday.

Another player missing from the squad is new signing Perfect Chikwende, who is not eligible to feature having turned out against the Msimbazi giants for FC Platinum in the second round of the competition.

Chikwende scored against Simba for Platinum in the first leg clash staged at National Sports Stadium in Harare but Simba returned home to hammer the Platinum Miners 4-0 and advance to the group stage of the competition on a 4-1 aggregate scoreline.

However, Ghanaian forward Bernard Morrison, who missed the two-legged clash against Platinum due to injury, has been included in the squad, as is the new signing from Uganda Tadeo Lwanga.

Coach Da Rosa is confident they will make a good start in the group, insisting his target is to make sure they get a point in the away matches and win their home fixtures.

“We can easily make it from the group if we achieve the targets we have set, we want to at least snatch a point away and then win all our home matches. If we do so, then Simba will easily reach the quarter-finals,” Da Rosa told reporters after the team drew 2-2 with Azam FC in a Mainland Premier League match on Sunday.

Simba will be taking part in the group stage of the competition for the third time in history and have been drawn in Group A alongside defending champions Al Ahly from Egypt, Vita Club from Congo, and Al-Merrikh from Sudan.

After playing against AS Vita, they will return home for their second group match against Al Ahly at the Benjamin Mkapa Stadium on February 23.

Tue Feb 9 , 2021
The Malawian international has played in 12 of the Buccaneers’ 16 league matches this season, but has only started on four occasions Orlando Pirates coach Josef Zinnbauer has been sweating over the fitness of Gabadinho Mhango ahead of his side’s clash with Cape Town City on Tuesday evening at the […] 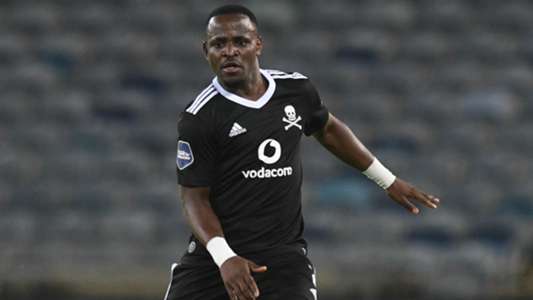