The Caf Champions League and Confederation Cup are set to recommence in October after an agreement was reached by the Executive Committee of the continental governing body on Thursday.

Both tournaments were suspended in May because of the coronavirus pandemic and there had not been clarity on when it was ok to resume the competition.

The first legs of the Champions League semi-finals were initially set to be played on September 25 and 26, while the return legs were scheduled for October 2 and 3. The two single-leg semi-finals of the Confederation Cup were billed for September 22 and the final on September 27.

Thursday’s ruling has now given room for both tournaments to recommence on new dates. The Champions League semi-final first leg is now slated for October 17 and 18 while the second leg is on October 23 and 24 with the final on November 6.

The Confederation Cup semis are set for October 19 and 20 with the final on October 25.

Ahly edged past South African champions Mamelodi Sundowns in the quarters while Raja triumphed over DR Congo heavyweights TP Mazembe 2-1 on aggregate. Zamalek got the better of Esperance 3-1 on aggregate and Wydad beat Etoile du Sahel of Tunisia 2-1 on aggregate.

In the Confederation Cup, Pyramids FC of Egypt – who dispatched Zambian side Zanaco in the last eight, take on Horoya of Guinea, who ended the run of Nigerian giants Enyimba in the previous round. The other semi is an all Moroccan affair between RS Berkane and Hassania Agadir.

Other decisions reached at the Executive Committee meeting on Thursday was to shift the African Nations Championship, originally billed for April 2020 in Cameroon, to now take place from January 16, 2021, to February 7, 2021, in the same country.

The 2022 tournament billed for Algeria has been rescheduled for January 2023.

Fri Sep 11 , 2020
Arsenal chief executive Vinai Venkatesham insists the club are not signing players based on who their agent is – claiming it would be a “crazy strategy”. With his clients David Luiz, Cedric Soares and Willian moving to the Emirates Stadium in the last year, there have been some claims that […] 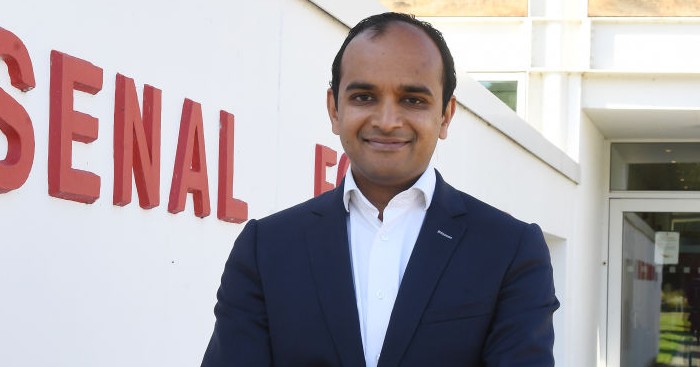