Al Ahly coach Pitso Mosimane has stated they don’t fear coming up against Simba SC in their Group A match of the Caf Champions League on Tuesday.

The Wekundu wa Msimbazi will host the African champions in their first meeting at Benjamin Mkapa Stadium with the game set to kick-off at 4 pm.

Simba have enjoyed a good record while playing at Mkapa Stadium, with their last Champions League game seeing them beat FC Platinum of Zimbabwe 4-0 to book their place in the group stage of the competition.

Apart from Platinum, Simba have also beaten other renowned African teams at the venue with Al Ahly also falling victim as they beat them 1-0, the last time they met with Rwanda striker Meddie Kagere notching the all-important goal in the 65th minute of their Group D fixture in 2019.

South African coach Mosimane has admitted the threats Simba possesses while playing at home but has come out to clarify they don’t fear them and are in Tanzania to pick a win and build on their first win against Al Merrikh.

“We are ready for the game and we don’t fear anything, we don’t fear them neither,” Mosimane told reporters on Monday during the pre-match press conference.

“We are ready to battle against them, it is true they beat us the last time we played here and we have come to rectify that, it is not easy playing against them especially here but we are ready, all we need is maximum points to keep our plans intact.”

“Our main target is to win the match because we want to win the title again,” Ashraf told reporters. “We know are playing against a very big team, a stubborn team to beat at home and we will not underrate them.

During the opening fixtures, Simba secured a 1-0 away win against AS Vita Club of the Democratic Republic of the Congo while Al Ahly registered a 3-0 win against Al Merrikh of Sudan in Cairo.

Mon Feb 22 , 2021
The Reds defender believes collective standards have dropped in 2020-21 as Jurgen Klopp’s side have become accustomed to having things their own way Trent Alexander-Arnold admits Liverpool have fallen into the “trap” this season of expecting to win, given how successful they have been in recent times, with a disappointing […] 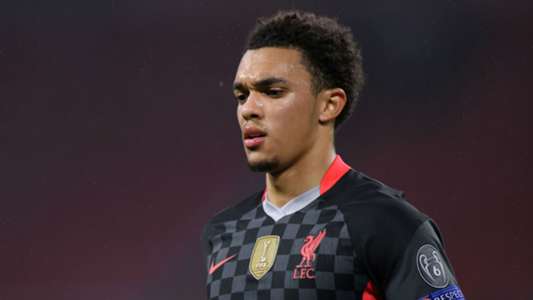