Al Ahly striker Walter Bwalya has stated their readiness to face Simba SC in their Group A match of the Caf Champions League on Tuesday.

The Msimbazi giants will host the first meeting between the two sides at Benjamin Mkapa Stadium hoping to make it two wins out of two having won their first fixture 1-0 against AS Vita Club of the Democratic Republic of the Congo.

On the other hand, Al Ahly, who are coached by South African Pitso Mosimane, also started their campaign on a winning note after beating Al Merrikh from Sudan 3-0 in Cairo.

Ahead of the match, Bwalya, who joined the African champions from Egyptian club El Gouna after scoring 16 goals in 35 games, has now said they know what to expect from the Tanzanian champions and they are ready to continue with their good start in the group.

“We know Simba very well, we know how strong they are especially when playing at home,” Bwalya told Goal on Monday. “We also know their weak areas and what we can do to beat them, it will be a tough game, that is for sure but I know we are ready for them.”

The 26-year-old, who scored one goal in the 3-0 win against the Sudanese side, has also promised to add another goal to his account against the Wekundu wa Msimbazi.

“We have come here to win, we have come here to do well, for us to achieve our targets we must win our matches, and the Simba match is part of our plans, we will work hard to get a win, and I also want to score so that we can reach the goals we have already set for the season.”

Against Al Merrikh, Bwalya was the star player as he set up the opener notched by Mohamed Magdy Afsha then scored the second while Mahmoud Kahraba’s third goal ensured they moved top of the group ahead of Simba but on goal difference.

In the 2019 season, Simba and Al Ahly met in the group stage of the same competition, with Al Ahly winning the game played in Cairo 5-0 before Simba recovered at home to win 1-0 courtesy of a Meddie Kagere goal. 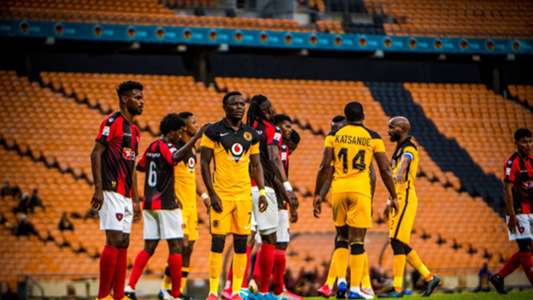